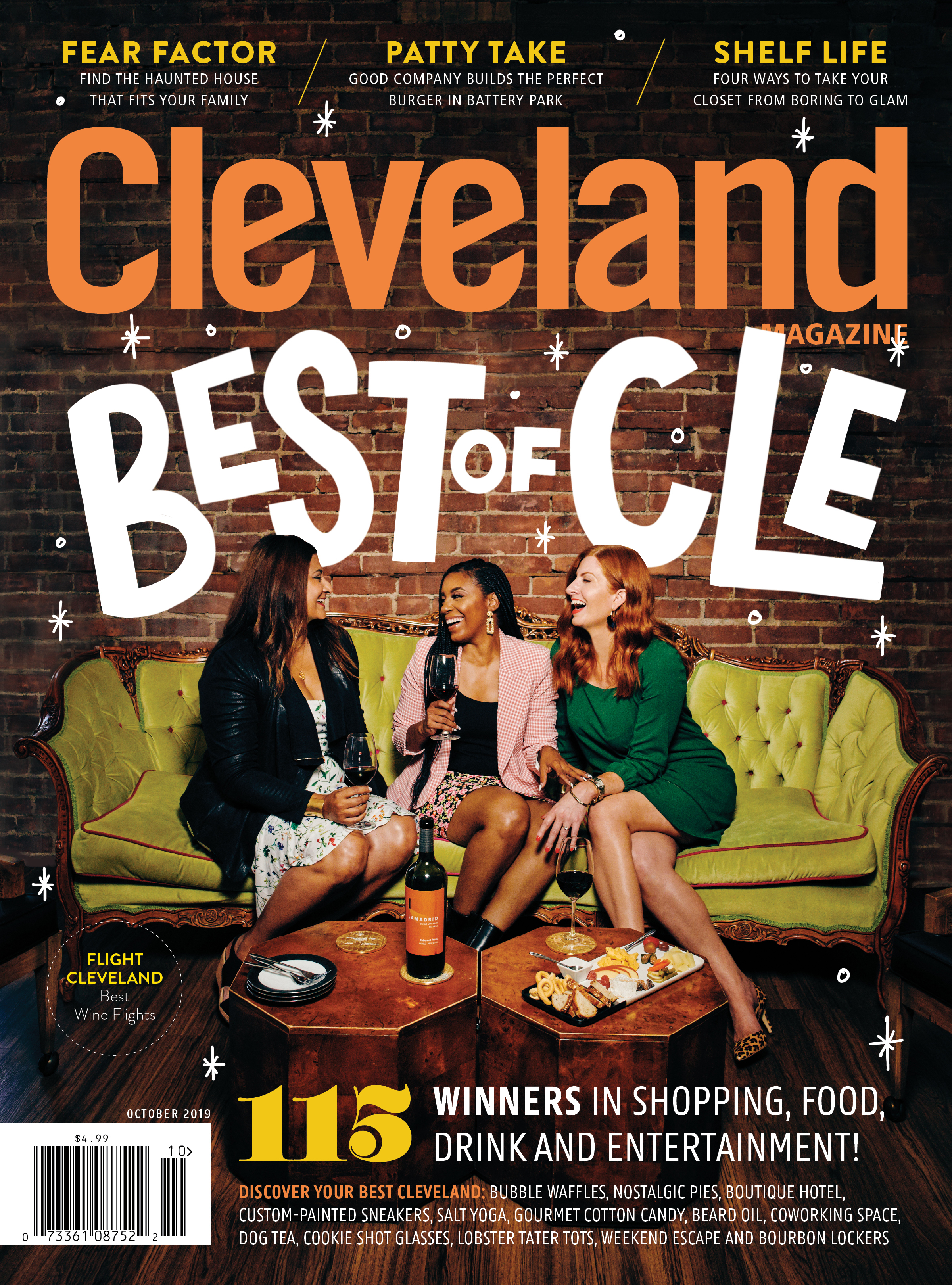 We've got the scoop on all the coolest ways to show love for your hometown. From a teenage cover band that rocks to a cozy creperie and a fresh-picked bouquet made out of cupcakes, we've got 50 of the best foods, drinks, shops and entertainers to help you stay chill in the CLE.

Blu, The Restaurant Hooks Us

The new Beachwood restaurant keeps it fresh with its daily crudo appetizer, created based on whatever fresh fish or seafood is delivered that day.

The Battery Park restaurant from the owners of Ohio City's the Plum delivers tasty upgrades on classics.

How To Make Fresh Pasta

Prime your kitchen with this guide to making fresh pasta.

The family pizza place has grown into a mini-empire.

Pick Up These 5 Local Products From Nature's Oasis

The new location in the Van Aken District carries more than 100 Ohio-based products.

The taco joint from the owners of Beachwood's Tres Portrillos is in the former Corner Alley space Uptown.

Held at the Cleveland Food Show, it drew hundreds of contestants

Find a therapist, hear how others cope or just plan the best CLE-style self-care day.

The legendary novelist, born in Lorain, influenced a generation of writers.

AirBNB We Love: Above The Plum

Midcentury modern flourishes make it the perfect spot to sleep off a big dinner.

Aircuts & Day Spa is the first new small business to open as part of the Launch Pad project.

Lindsay Gottlieb's Love Of The Game

New Cleveland Cavaliers assistant coach Lindsay Gottlieb knows basketball inside and out. With prior successes as a college head coach, she brings a rare skill set to the NBA team as it rebuilds around young, promising talent.

The Compass Experiment, a new digital news solution powering the newspaper, launches this fall in Youngstown.

Terminal Tower Is The Icon Of The Downtown Living Movement

Cleveland's most famous building now features downtown's ritziest rooms with a view. Plus, an update on other downtown living developments.

The Crisis at the Cuyahoga County Jail, Explained

Nine inmates have died at the jail since last June. How did it happen? And where do we go from here?

Creep Around With This New Monstrous Podcast

Cryptic has a 10-episode first season jam-packed with terrifying drama.

Take This Playlist On Your Fall Road Trip

Catch up on the story behind the Cleveland author's debut novel before it hits production this fall.

Video Games And Art Collide At The Akron Museum Of Art

5 Tips To A Cozier Guest Room

Closet Factory Cleveland takes us inside the design of a Solon home's elaborate dressing room.

How To: Tasteful DIY Fall Centerpieces

Plus, a local expert tells us why a little terror can be dreadfully good for your health.

Tailor your scare with these five haunted houses.

These three creepy crawlers and spooky haunters shock and thrill at the Cleveland Metroparks Zoo event.

Doan Winkel, senior char in entrepreneurship at John Carroll University, says it's important to understand the why.

Ask The Experts: How Can Community College Limit Student Debt?

Ask The Experts: How Can Hands-On Learning Enrich A Child's Education?

Ask The Experts: How Can Middle-Income Parents Make It Easier To Afford Private Schools?

Christina Townsend Hartz, director of admissions and financial aid at University School, parents often qualify for financial aid even when they don't think they will.

Ask The Experts: How Can Parents Help Students See College As Attainable?

Ask The Experts: How Does A Mastery School Prepare Students?

Julia Griffin, director of the Mastery School of Hawken, says that its about collaboration instead of individual competition.

Ask The Experts: What Are Unique Characteristics of a Montessori Classroom?

Ask the Experts: What Sets IB Apart From AP Programs?

Ask The Experts: Why Are Middle School Students At The Ideal Age For Mentorship?

Arianne Thomas, director of the Aspire mentorship program at Hathaway Brown, says this is the age that often needs the most attention.

Ask The Experts: Why Is STEM/STEAM in school so important for girls?

Jessie Sun, director of STEAM engagement, explains why it's important to focus on empowerment and confidence.

Ask The Experts: Why Would All-Day Gifted Curriculums Be Better For Some Children?

Flexible Classrooms Are All The Rage, Here's Why

From flexible seating choices to classrooms that can change shape, the trend helps students learn how to collaborate and more.

With mental health awareness on the rise, educators are turning their attention to methods to help students cope.