1. Catch The Soap Box Derby
Madison Minch has felt the blaze of glory. As a 12-year-old, she claimed the 2012 All-American Soap Box Derby Masters division world championship for her age group at Akron’s Derby Downs. With more than 500 competitors ages 7 to 18 lining up in hand-built fiberglass cars for this year’s 81st annual event July 15-21, the Strongsville resident tells us what it takes to win. 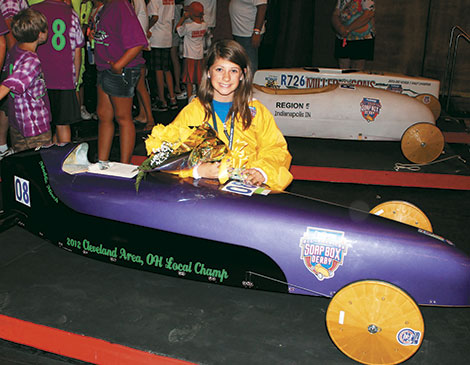 I built the car with my dad. I learned a lot at an early age about physics and how different weight distributions throughout the car will make it go faster. If you put weight in the back, you’ll have more potential energy so you’ll go faster as you go down the hill.

You get in, and you’re pretty much lying down on your back. A hatch closes down on top of you so you’re completely encased in the car except for a little slit for your eyes to see through. The smaller that slit is the better, because it’s less wind resistance. Every time you move the steering wheel or adjust your steering, it adds time to your run down the hill. So I wanted to make sure I did as little steering as possible and just kept it right on the centerline.

It’s a single-elimination race. It’s one time down the hill. So you have to win consecutively, and you have to win against everyone you race. Who wins and who loses is separated by hundredths of a second.      — as told to James Bigley II 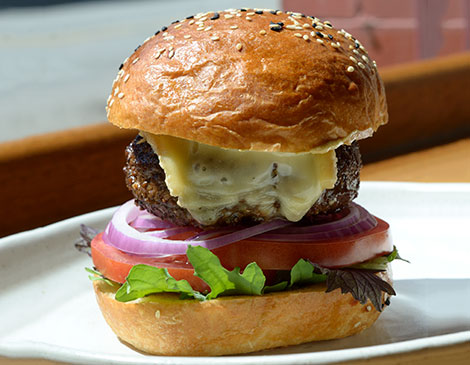 Adam Lambert wants to beef up your next cookout. “Americans have gotten used to commodity and fat product,” says the Ohio City Provisions co-owner and head butcher. “We’ve gotten away from what beef used to be.” He recommends an 80-20 blend of 100 percent grass-fed beef accompanied by simple toppings such as lettuce, tomato, spicy mustard greens and a slab of Canal Junction Farmstead’s Charloe cheese, a nut-buttery barnyard round. Then, top it off with a dollop of Lambert’s own garlic aioli recipe, below.

Technique
Mix ingredients together using a food processor on medium-low speed, slowly drizzling in sunflower oil until the mixture thickens. Add a pinch of salt and pepper to taste.

Advice
“All those things bring different flavors,” says Lambert. “But what they’re bringing is enough acid to balance out the burger.” 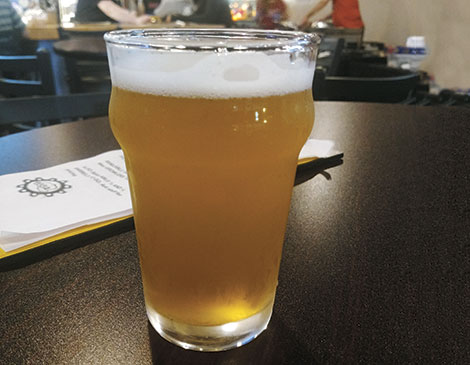 At the end of a long, hot summer day, nothing packs a thirst-quenching punch like Working Class Brewery’s Peach Packer ($5.50). The American blonde ale is crafted with 200 pounds of peaches per 310-gallon batch for a smooth, full-body taste. “It has the right amount of tartness that makes it thirst-quenching,” says co-founder Richard Skains. 17448 Lorain Ave., Cleveland, 216-417-5112, workingclassbrewery.com 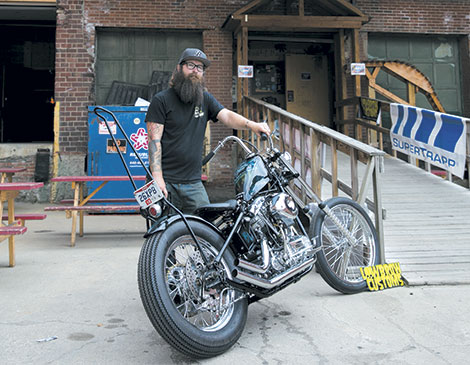 Mikey Arnold’s life changed in 2014 when he took off for Los Angeles on his 2006 Harley Davidson Sportster 883c. “I did the first leg in four days,” says the Cleveland native. “I was hauling ass.” The co-founder of Fuel Cleveland, an annual vintage motorcycle and art show at the Hamilton Collaborative Building July 29, talks about the lure of the open road.

Ground Control
“Different parts of the road feel different. You smell everything from an apple orchard to a cow farm to freshly mowed grass. It resets your mood and gives you clarity.”

Uncharted Territory
“People have always been trying to discover new lands and new places. There’s no way in the amount of time that I’m going to be alive that I’ll be able to see the entire world, but I sure want to try.”

Ride Or Die
“You’ve got two wheels, and you don’t have anything blocking you. You’re staring at death, and you’re laughing.”