The volunteers in the Cleveland Museum of Natural History’s basement archaeology lab look to be sifting through mounds of rocks on aluminum trays. But those “rocks” are actually rim shards of historic pottery unearthed in White Fort, a prehistoric Native American settlement in Lorain County, during a summer Field School dig. “We get to handle these things that are 4,000 years old,” gushes one of the volunteers. “That’s kind of cool.” Twice a week, about seven volunteers clean, weigh, label and catalog the objects to prep for storage and research. That’s when Brian Redmond, curator and John Otis Hower chair of archaeology, gets started. He studies the items — perforators used in the process of drying hides, for example — to piece together information about the Late Archaic period settlers who used them. “They were spending a lot of time hunting deer, butchering them and even processing hides,” Redmond says. How objects were found can help reveal information too. If an antler was found next to a burnt nutshell, radiocarbon dating the shell could determine the age of the antlers. About 90 percent of the department’s collection from 3,500 sites are from Ohio, creating an opportunity to dig deep into the history of our early settlers. “If we do enough of this, then we have a pretty good idea of what happens over a region like northern Ohio,” says Redmond. “People’s lifeways changed. Early on, they were hunting and gathering, then they were farmers, they built villages.” 1 Wade Oval Drive, Cleveland, 216-231-4600, cmnh.org 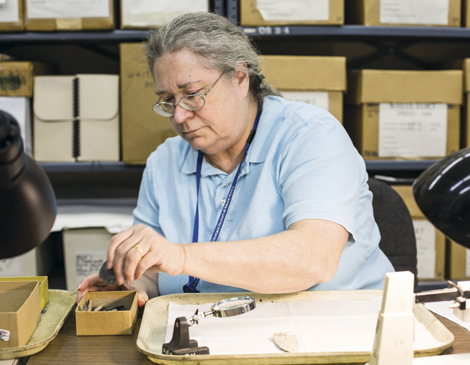 The Trey Anastasio Band is coming to Jacobs Pavilion at Nautica June 6.