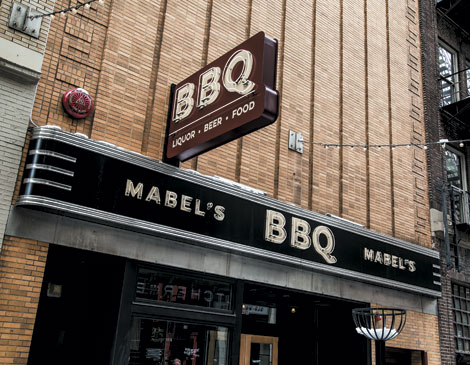 Mabel’s BBQ: Michael Symon’s new East Fourth spot is perfect for bringing the whole crew thanks to communal tables and family-style trays of delicious treats such as savory lamb ribs ($16), meaty brisket ($13) and spicy kielbasa ($10) all served by the half pound. Plus, Symon’s Bertman Ballpark Mustard-tinged barbecue sauce is unlike anything outside Cleveland. 2050 E. Fourth St., Cleveland, 216-417-8823, mabelsbbq.com

But your family and friends are Canadian:
Banter Beer and Wine: We’ve considered dual citizenship since this place turned us on to 11 types of poutine, including the Vladimir Poutine ($11) with lamb stroganoff, borscht gravy and cheese curd. “It’s a play on a Ukrainian or Russian dish,” says consulting chef Adam Lambert. 7320 Detroit Ave., Cleveland, 216-801-0305, bantercleveland.com

But your family and friends want to split a pizza:
Citizen Pie: Your family didn’t come all the way to Cleveland for a Papa John’s pie they can get at home. Roll over to Collinwood’s Citizen Pie for 17 creative pizzas on house-made sourdough such as the Roman ($15) with mozzarella, olives, green chile, stracciatella and basil. 15710 Waterloo Road, Cleveland, 216-417-2747, citizenpie.com 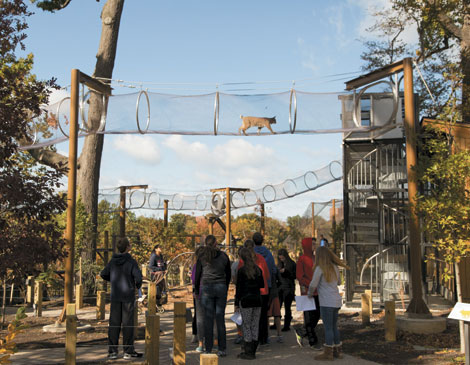 FOR THE OUTDOORSY TYPES

But someone’s looking for a good hike:
Cleveland Metroparks Bedford Reservation: Dig into the rest of the reservation’s trails by hiking its new 1-mile Forbes Crossing Trail. The connection from Forbes Woods Picnic Area to the rest of the park travels through the site of a former dairy farm. 24820 Forbes Road, Bedford Heights, 216-635-3200, clevelandmetroparks.com

But they really just want to go shopping:
Geiger’s: The popular local outfitter has shops in Chagrin Falls and Lakewood, but the downtown location in the Ivory building has all the same great finds from brands such as Patagonia, Burton and Yeti in a cool modern-meets-flannel setting with exposed brick and ductwork. 1020 Euclid Ave., Cleveland, 216-755-4500, shopgeigers.com 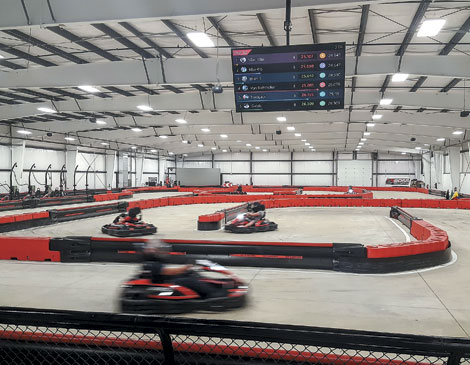 FOR THE COMPETITIVE TYPES

Boss Pro-Karting: Start your engines, kids. This 36,000-square-foot temple to speed puts Mario Kart to shame. With seven-minute races in all-electric karts that top out at 30 mph, it’s the perfect pace for some familial grudge matches. 18031 Brookpark Road, Cleveland, 216-938-6335, bossprokarting.com

But you like working together:
Perplexity Games: The challenges are more National Treasure than Saw. In the Eliot Ness-themed room, up to 12 people have an hour to find evidence linked to a corrupt government official. “When you win one, you feel like you’ve achieved something,” says co-owner Diana Molchan. 2515 Jay Ave., Cleveland, 216-273-8000, perplexitygames.com

And you’re the bomb at pingpong:
Punch Bowl Social: This wonderful mash up of Chuck E. Cheese, craft beer and chef-driven food offers so many ways to throw down the gauntlet. Show off your table tennis skills, conjure some pinball wizardry, prove you’ve got karaoke chops or just take everyone to school in NBA Jam. 1086 W. 11th St., Cleveland, 216-239-1508, punchbowlsocial.com 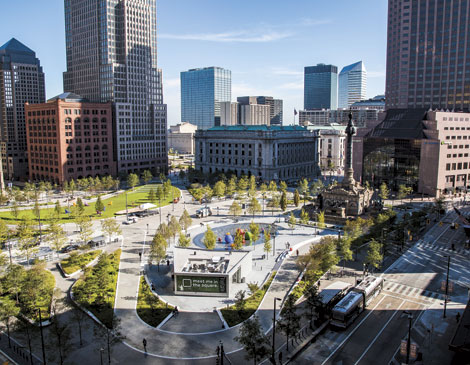 Public Square: The city’s new central space is as good as advertised. But the skating rink that took over the water fountain is a delightfully icy turn of events. And since the on-site restaurant, Rebol, has tall windows facing right onto the rink, adults can enjoy the fun too. “You’ll be able to sit in the cafe with a drink and watch your kids ice skate,” says Jeremy Paris, executive director of the Group Plan Commission. clevelandpublicsquare.com

But you want the kids to sit quietly for two hours:
Great Lakes Science Center: The newly dubbed Cleveland Clinic Dome Theater sports a super sharp resolution that blows the old IMAX screen out of the water. The new view is perfect for Dec. 10 and 17’s showings of Frozen. (Sorry, parents.) 601 Erieside Ave., Cleveland, 216-694-2000, greatscience.com

But you want to see LeBron James:
Cleveland Cavaliers vs. Boston Celtics: Watch James, Kyrie Irving and the rest of the Cavs take on the Eastern Conference rival Celtics Dec. 29 and score a championship banner blanket. Wrap yourself up tight with warm memories of championship parades past (and future?). 1 Center Court, Cleveland, 888-894-9424, theqarena.com

Here’s the Scoop on Heinen’s Latest Addition to Downtown

Starting May 23, Mitchell's Ice Cream will be served in Heinen's Downtown Cleveland location. Here's what you need to know about the latest embarkment by these two home-grown Cleveland companies.

Since being named kohl executive director in January, Lykins Reich has been working to expand MoCa's mission.