If you usually ride Greater Cleveland Regional Transit Authority’s Red Line staring at your phone, you might miss out on a world of art. Spearheaded by Land Studio, InterUrban features 16 murals and two photo installations inspired by the Anisfield-Wolf Book Awards, which focus on written works highlighting diversity. “It became this greater concept so it wasn’t just murals next to public transit,” says Land Studio’s Joe Lanzilotta. 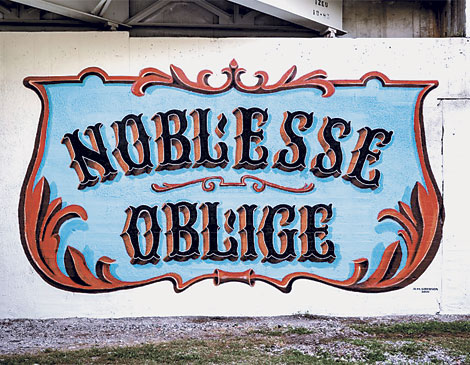 Inspiration: The Autobiography of
Malcolm X by Alex Haley

“[Noblesse Oblige] means those who are in power have responsibly to take care of those that are less fortunate,” says Giberson. “Someone used it describe [Malcom X].” 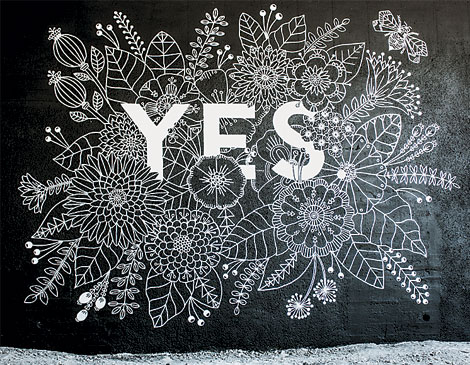 “I like the word yes,” says Kimball. “It felt inclusive. I just painted ‘Yes’ in really big letters and put flowers all around it.” 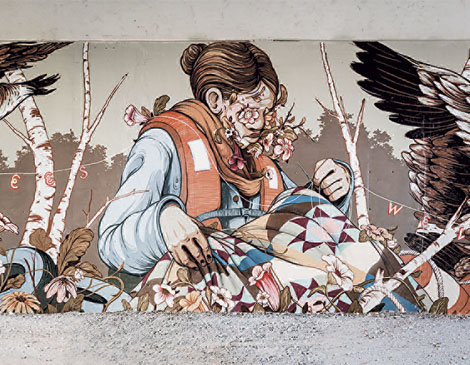 “[It’s] mainly based on the idea that if Edith Anisfield Wolf were alive today, I think she’d be encouraging us all to take direct aim at the great moral and social crises of our time,” says Perry. 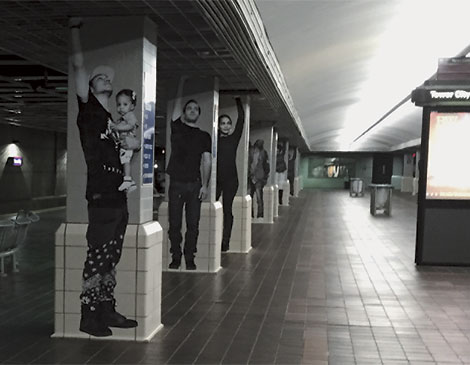 Inspiration: The inclusiveness and diversity of the book awards

“By actually shooting RTA riders, we felt it was better than a curated group of people,” Larson says. 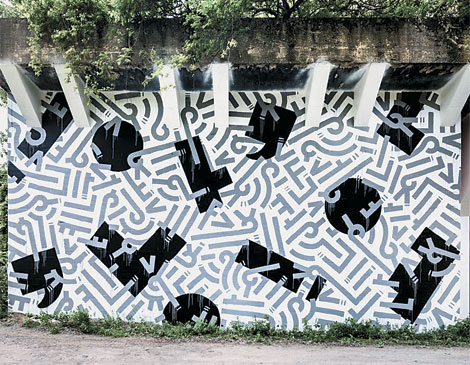 “The story is about a little girl learning how to read,” De La Cruz says. “The shapes are commas and periods, which hold a very important meaning and metaphor in the story.” 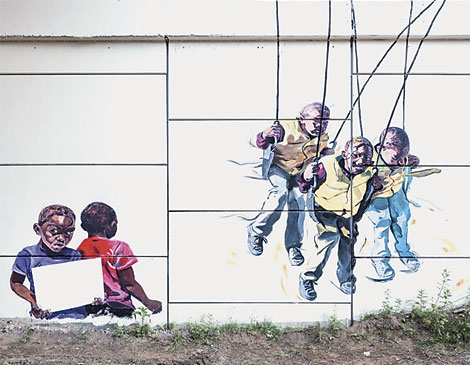 “It kind of talks a little bit about the idea of perception and identity,” Steward says. “A lot of my work deals with identity and being black and how I’m perceived.” 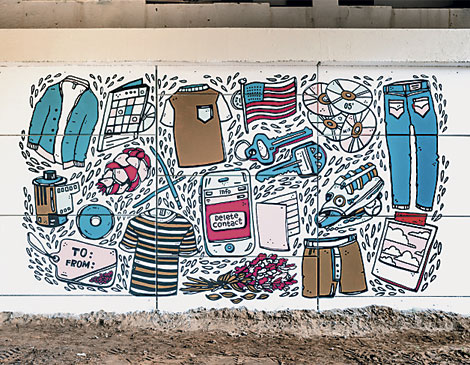 Inspiration: “The End,” a poem from American Sublime by Elizabeth Alexander

“The poem was the process of someone getting rid of objects from a past relationship,” Esner says. “In my mural, there’s a handful of different objects I’ve given away or friends have given away.” 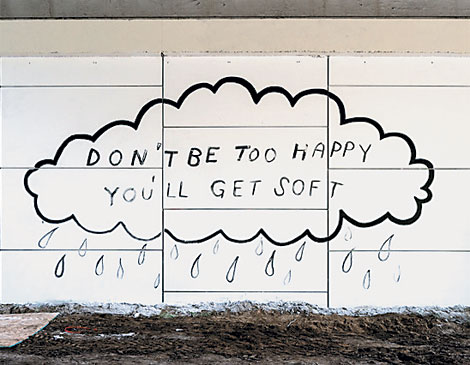 Inspiration: “The $5 Bill” from The Richer the Poorer by Dorothy West

“It’s about a girl who had a complicated relationship with her parents,” Kosman says. “It was her reflecting on her life … and out of that I got the idea for ‘Don’t be too happy, you’ll get soft.’ ”