Seven years ago as bars and restaurants were moving into the neighborhood, Ohio City Inc. developed a plan to leverage the iconic 1912-built West Side Market and attract more food-based businesses. Spoiler alert: It worked. Over four years, the vacancy rate surrounding the market dropped from nearly 40 percent to about 2 percent. But the increasing popularity of Market Garden Brewery, Mitchell’s Homemade Ice Cream and other spots have squeezed regular market shoppers out of available parking. For some vendors, the pinch was crushing. The city of Cleveland, which owns and operates the market, upgraded the adjacent lot, added 128 spaces to the existing 500, and is planning a paid parking system. Some market vendors say it’s not enough. Vincent Bertonaschi, owner of Vince’s Meats and former president of the West Side Market Vendors Association, and Thomas McNair, executive director of Ohio City Inc., offer insight on some of the issues facing the market. 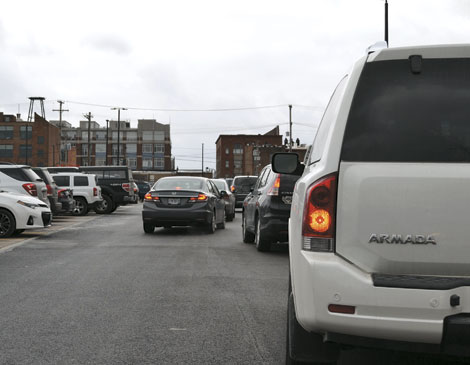 Parking
Thomas McNair
Executive director of Ohio City Inc.
With more than 1.8 million market visitors annually and 10,000 on most Saturdays, there may never be enough parking, he says. But the new lot may help vendors once a pay system is implemented, since a portion of every dollar spent on parking will go back to the market. “That can help with capital needs and things like keeping rent at certain levels,” McNair says.

Vincent Bertonaschi
Owner of Vince’s Meats and former president of the West Side Market Vendors AssociationWhile the lot adds more spaces, it also eliminated a street behind the market that offered additional parking, which Bertonaschi says makes it a wash. And it won’t help his regular shoppers who have already been burned. “When you drive 40 minutes, and then can’t park, you leave,” he says. “Once somebody changed that habit, that’s hard to get back.” 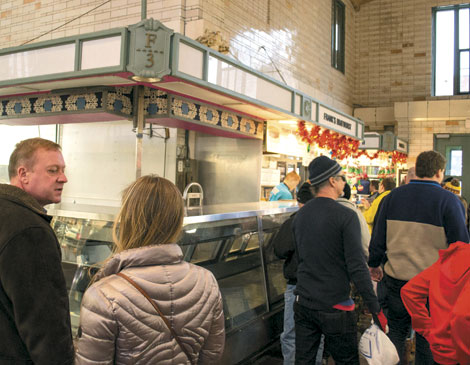 Tourists
McNair
The influx of people patronizing bars and restaurants in Ohio City is an opportunity for vendors, he says. “Those are potential customers,” McNair says. “All of us at one point were a tourist at the West Side Market before we became habitual shoppers.”

Bertonaschi
Saturday was Bertonaschi’s best day, but the crowd has changed. More window shoppers on their way to eat elsewhere are drawn to the market than customers. “[It’s] like they’re going to the zoo,” he says. “I can’t make a living if you just come and look.” 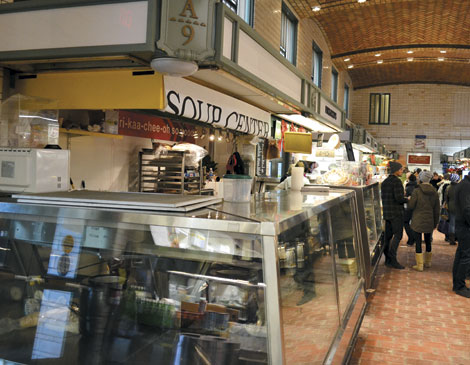 Stand Closures
McNair
While four stands closed at the end of 2016, including Judy’s Oasis and Rolston Poultry, too much may have been made about it, McNair says. Some vendors saw sales up 20 percent in 2016. “The simple fact is several of them are retiring,” he says. “Of the four, three were simple retirements.”

Bertonaschi
Bertonaschi let most of his staff go and is unsure if he’ll survive 2017. He contends the closures are due to fewer customers and rising rents. “Ohio City wants us to be open for Ohio City,” he says, “to be in conjunction with the bars and stuff. We can’t make a living doing that.”