With National Girlfriends Day Aug. 1, we reached out to three pairs of besties to share tidbits about what makes their friendships tick, how it feels to have support and more.

Dani Carlson and Ginger Christ
From employment setbacks to personal issues and the current state of the world, former Plain Dealer and current Modern Healthcare reporter Ginger Christ and Dani Carlson, a former investigative reporter at 19 News, who works at and the Center for Community Solutions, can always rely on one another to get through tough times.

Carlson: “[I admire Ginger’s] resilience. It’s really inspiring because when you face so much adversity, especially when it feels like something is happening all at once, I feel like it would be easy to just give up or just kind of throw your hands up in the air and Ginger never does that. I really, really respect that about her.”

Christ: “[Dani is] definitely a person who makes her friends her family, and I felt that. I feel like we became friends and we were ridiculously close immediately, because once Dani accepts you into her family, she loves you so much.”

Carlson: “[Ginger’s] sense of support, it makes me feel more normal and a little bit like, ‘OK, I’m here, Ginger’s here, we can do this.’ We’ve gone through things before supporting each other, and we’ll support each other through this.”

Christ: “We joke a lot about how we share the same brain. I know that you’ll understand what I’m thinking because if you were in the situation you’d be thinking and reacting the same way.”

Carlson: “It’s just really nice to know that you have someone who understands what you’re going through and has a similar perspective on life and who can say the right things to make you feel better. It’s hard for me to put into words how important this friendship is.” 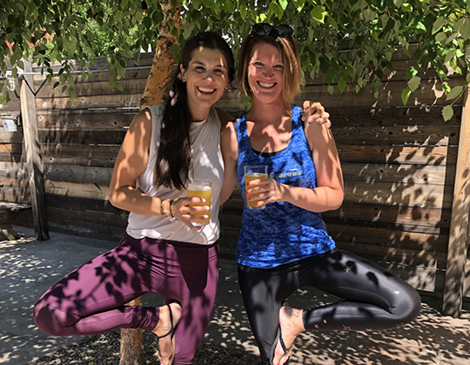 Jen Gardner and Alicia Hansen
When avid bloggers Alicia Hansen and Jen Gardner met through the Cleveland blogging community and decided to get dinner together one day, they had no idea it was the start of a friendship that would grow for years over their love for yoga, Cleveland and each other.

Gardner: “Sometimes you find your friends through the things you find yourself drawn to, I think it’s just a lot of natural connection points. It blows my mind that we’ve only know each other like nine-ish years because it feels longer.”

Hansen: “It’s wonderful because [Jen] has continued to support me. It’s no question that Jen is always one of the greatest supporters of all the work I’ve done in the last 10 years. It’s fun to know that you have someone in your back pocket who is just as interested in exploring, and checking out new stuff and supporting the city and its makers and small businesses.”

Gardner: “[Alicia] is so, just fiercely loyal. If you are in her tribe, you are in her tribe. She has got your back whether it’s that she is going to pull up your astrology chart and figure out why you’re acting crazy today or just get really pissed on your behalf if you had a shitty day. It makes me smile to know that there’s somebody out there who has my back in that way.”

Hansen: “It’s been really, really nice to have a friend who will let you be yourself in however you’re showing up that day. It’s been a really invaluable, priceless thing to have over the years.”

Gardner: “It’s really cool to find a friendship that evolves with you. We’ve been through a lot of life [together], so to see it evolve has been really neat.” 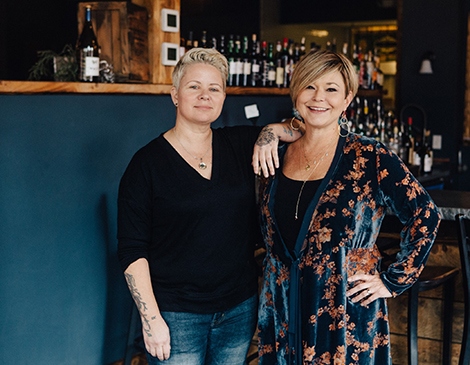 Jessica Parkison and Jill Vedaa
Jill Vedaa and Jessica Parkison are the kind of friends that do everything together, including running trendy Lakewood eatery Salt, where Vedaa is the chef and Parkison is the manager. While they usually separate work from play, they’ve also learned some important lessons about each other and friendship along the way.

Vedaa: “We barely knew each other when we opened [Salt]. We had met at a job that Jess was working at, she was bartending, I went in on a Sunday and we became Facebook friends and then that was it for a couple years. And then she heard that the restaurant that I had been working at was closing and she had wanted to open a restaurant, so through a mutual friend she reached out to me and we had lunch and that was that. The rest is history.”

Parkison: “I never ate Jill’s food until the day we opened our doors and now we’re getting ready to start our 18th menu, and I’m blown away with every menu she puts out. I’m always thinking it can’t be better and it always is.”

Vedaa: “[It’s crucial to have] somebody else to shoulder all the stress and unknowing and everything else that comes with what’s happening. When we signed up together to run a restaurant, we knew there were going to be risks and pressures and stress, but [the current pandemic] takes it to a whole new level. It’s good to have somebody else to shoulder part of that responsibility.”

Parkison: “It’s easy to lose yourself in all the chaos and I know, having a business partner, it’s nice to have that camaraderie of someone who’s right alongside you through this. [Jill] is very calming, she just can really keep a level head, something I wish I could do.”
Share this story: