In the hit Netflix series Inventing Anna created by Shonda Rhimes, a con artist who goes by the name Anna Delvey masquerades as a German heiress and bilks New York’s elites out of hundreds of thousands of dollars. One of the most intriguing characters on the show, which is based on true-life events, is Neff Davis, a hotel concierge, played by Cleveland native Alexis Floyd, who became friends with Anna and stuck with her through her arrest and trial, even as others fled. We checked in with Floyd on how she prepared for the breakout role, her take on Anna and Neff’s relationship, and what’s next for the Hawken School (‘12) graduate who first appeared on the small screen in Freeform’s The Bold Type in 2019.

Walking the Talk: One of the real-life Neff’s most distinctive traits is her rhythmic, colorful voice. To nail the accent, Floyd, who got to know Neff well during the shooting of the production, recorded their conversations, then spent hours walking around New York City listening to — and trying — out Neff’s voice. “I probably looked really interesting talking to myself like that,” she laughs. 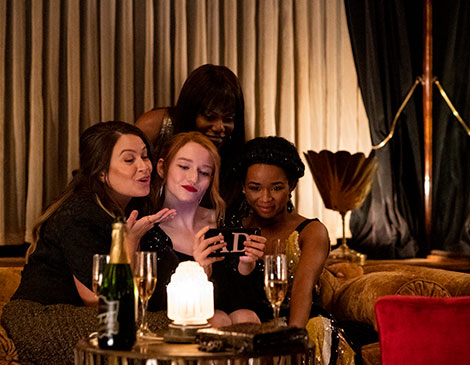 Nailed It: It seems like Floyd got it right. After the show premiered, Neff posted a photo of herself with Floyd and wrote, “She’s really good at being me. LOL.”

Real Life: After graduating from Carnegie Mellon University with a degree in musical theater, Floyd held a number of jobs from office administrator to yoga studio receptionist to hostess at an Italian restaurant in Los Angeles. “I know what it’s like to be as pleasant and present as you can with the guests while underneath the desk you are texting your landlord because you need just five more days to get rent together,” she says.

Change of Fortunes: After a table reading in Los Angeles, Rhimes rented out a restaurant for the cast one night. Floyd was shocked when the uber pulled up in front of Osteria Mamma, the very restaurant she used to work at. “It was an extraordinary moment,” Floyd says.

Cleveland Love: Floyd wasn’t the only one with Cleveland connections on set. Julia Garner, who plays Anna on the show, also has Cleveland roots. Garner’s dad grew up in Shaker Heights and her husband graduated from Nordonia High School. “There was something sweet that we got to share that Cleveland energy,” Floyd says. She thinks their northeast Ohio connection is one of the reasons why the two bonded so well, on and off screen. “There's a closeness there that we didn't have to fabricate and that came easy to us.”

On Friendship: One of the questions in the show is whether Neff and Anna could have a real friendship.  “I think it's complicated,” Floyd says. “Both Neff and Anna had this sort of quiet confidence that speaks for itself, and that’s part of why they became friends.” But Neff was also hurt deeply by Anna’s betrayal and how she treated others of a different class and race. Floyd wanted to portray “the difficulty of wanting to be close to a person, admiring her power, but also putting up boundaries for safety and health.” 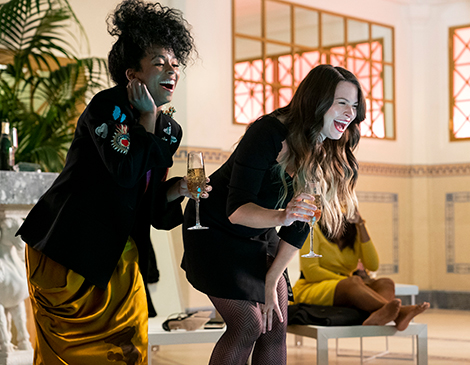 Next Up: Floyd isn’t ready to announce details yet, but she says her next role is “a character who is very comfortable in her vulnerability and is a different flavor than Neff.” The actress is also working toward an album and releasing a few music videos she’s choreographed herself. “That’s always a project that’s churning,” she says.