The sports T-shirt business in Cleveland is no joke — and there’s constantly a high demand for clothing that lets Clevelanders show their pride for local sports. So much so that, as soon as the Cavs began to take off in early January, local shops struggled to keep up. Now, with the energy of All-Star Weekend coming to town, there’s no better time to represent the local team — and local shops.

Cleveland Clothing Co.’s WMMS T-shirt
From T-shirts to sweatsuits, Cleveland Clothing Co. is a go-to spot for all things local. “We started the season with whatever we had in stock from the previous year, but demand has been high, and requests have been coming in from customers visiting our stores,” says Cleveland Clothing Co.’s owner Mike Kubinksi. The company’s latest tee hits the sweet spot of sports and city pride. “We have a partnership with WMMS, who carries the Cavs games on the radio, and came out with a Buzzard tee featuring the iconic Buzzard playing basketball.”
Where to buy: 342 Euclid Ave., Cleveland, 216-736-8879, cleclothingco.myshopify.com 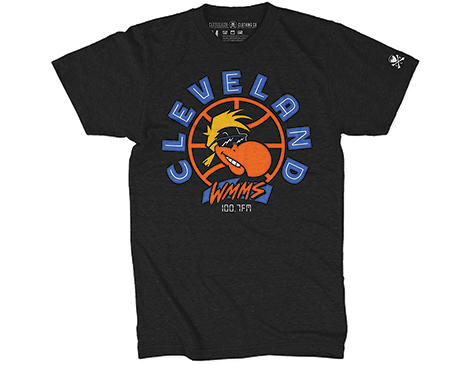 GV Art + Design’s All-Star Cleveland Shirt
Known for their fresh, creative designs and themed collections, GV Art + Design is always cooking up a T-shirt that celebrates not only Cleveland, but also whatever hot event is on the way. For All-Star Weekend, the design studio is taking inspiration from a themed shirt created for baseball season and making it fit for basketball. “Anytime there’s an event coming up … we had people requesting and asking, ‘Hey, what’s coming up for the All-Star game or anything like that,” says GV Art + Design owner Greg Vlosich. “And that’s kind of become a thing. We always try to tie in the city of Cleveland.”
Where to buy: 17128 Detroit Ave, Lakewood, 216- 273-7188, gvartwork.com 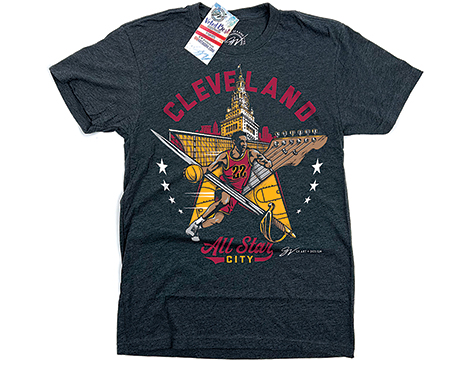 Swish Authentics’ Sweatsuit
The new partnership between Los Angeles-based brand Swish Authentics and the Cleveland Cavaliers has brought a sleek new collection that celebrates the team in style. Embracing an athletic design and thicker fabric for the cold Cleveland weather, the line includes a simple and comfortable two-piece sweatsuit in the classic wine and gold colors. “The sweatsuit idea is hot right now, there’s a lot of brands doing it, so we wanted to create our own version of that,” says Jason Vu, co-founder of Swish Authentics. “Additionally, we focused on a lot of vintage and retro branding graphics for their pieces.”
Where to buy: Cavaliers Team Shop, 1 Center Court, Cleveland, 800-252-6061, cavaliersteamshop.com 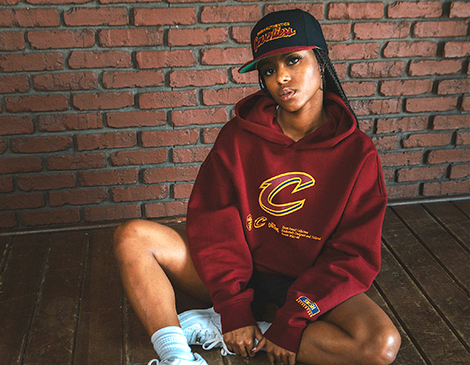