Tailgating from the Muni Lot might be off this season, but there’s plenty of reason to kick back at home with a couple of Browns-inspired brews. Here are three that score a thirst-quenching touchdown. 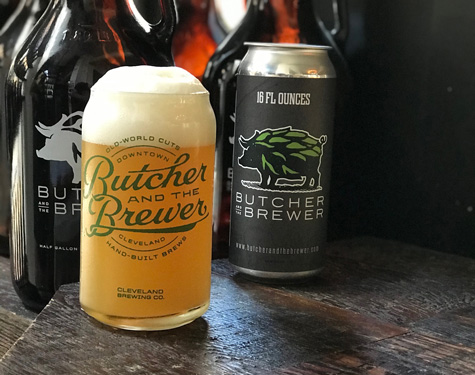 Butcher and the Brewer’s Feeling Dangerous
Let’s hope Baker Mayfield wakes up “feeling dangerous” a lot this season. Butcher and the Brewer bottled up that feeling with its New England IPA, a celebratory brew destined for greatness. With loads of Cashmere and Galaxy hops, this brew carries mouthfuls of berry, mango and tropical citrus notes for a MVP-making afternoon. You can find the ale on tap at Butcher and the Brewer’s sister restaurant, Tremont Taphouse, while Butcher and the Brewer remains closed. And you can even nab crowlers and growlers too. And with the Taphouse opening for brunch this Sunday, it's a great spot to watch kickoff from. butcherandthebrewer.com, tremonttaphouse.com 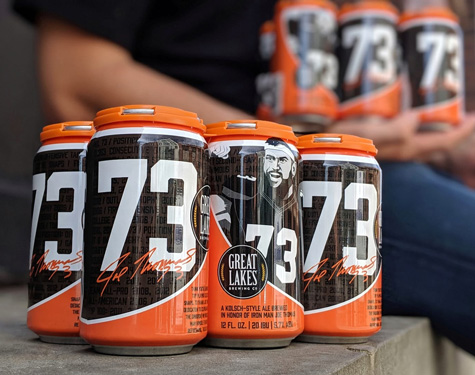 Great Lakes Brewing Co.’s 73 Kolsch
If you’re like us and miss seeing future Hall of Famer Joe Thomas on the field, then crack open one of these limited-release beers in his honor. No. 73 reached Iron Man status after completing 10,000 consecutive snaps in his 10-year career. Known for his quickness and durability, it makes sense why Great Lakes Brewing Co. would pair up with the offensive tackle to create the 73 Kolsch: a light, refreshing brew that goes down smooth with a kickback of earthy hops. Pick up a six-pack of cans throughout local stores and at the GLBC gift shop. greatlakesbrewing.com 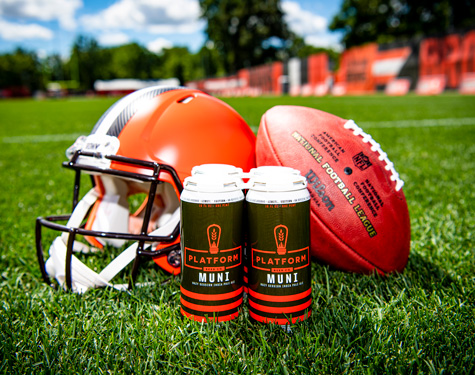 Platform Beer Co.’s Muni
Long have we missed those sweltering afternoons huddling with our team dressed in our best Browns gear and chugging brews in the Muni Lot (and let’s not forgot those frigid winter mornings, too). Now you can harness that same energy at home with Platform Beer Co.’s Muni, a Hazy Session IPA that’s bold and medium bodied with notes of grapefruit, pineapple and lemon. Order a six-pack (or two) for free home delivery, pickup at its Lorain Avenue location or find the Muni at all major retailers and local bottle shops throughout Northeast Ohio. platform.co

What Muni Lot Missers Can Learn From A Cinci Browns Backer

A displaced Clevelander and Cin-Day Lucky Dawg Browns backer club president says you're still a member of the Dawg Pound no matter where you're at this Sunday.