Don't look now Cleveland, but St. Patrick’s Day is right around the corner, which means drinking, socializing and, most importantly, making sure you wear as much green as possible. To help prepare you for the latter, we’ve assembled a shortlist of tops from local Cleveland-area clothing stores Homage and GV Art + Design. 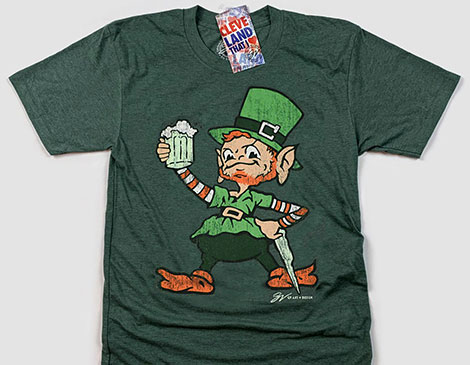 Brownie the Elf gets a traditional Irish overhaul in this T-shirt that’s a cultural marriage of two of our favorite things: football and drinking.  Whether you’re planning on celebrating St. Patrick’s Day by partying, drinking or playing football (or some combination of the three), this shirt will let everyone know what kind of vibe you’re bringing. $30, various locations, gvartwork.com 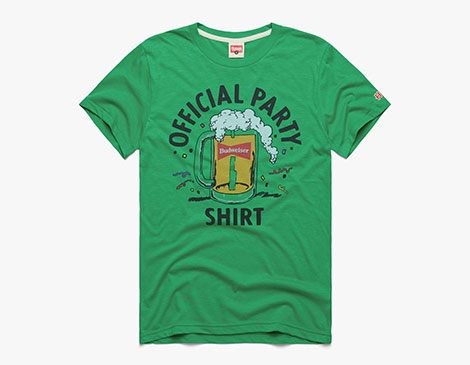 This shirt, while St. Paddy’s Day-themed, also functions as a general party shirt, as its descriptive name implies. This officially licensed shirt lets you show off where your beer allegiances lie. $32, online-only, homage.com 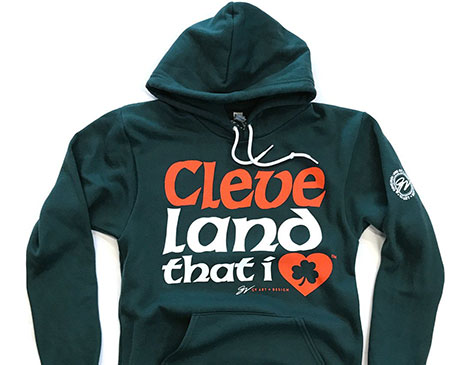 GV Art + Design’s Cleveland That I Love Irish Font Hoodie Forest Green
The only hoodie on this list, this dark green beauty from GV hits all the right St. Patrick’s Day notes while also keeping you safe from March weather in Cleveland. Wear your Cleveland pride on your chest for everyone to see with this comfortable and limited-edition hoodie. “Our clothes help Clevelanders go all out for the holiday, go downtown and drive sales to local businesses,” says GV Art + Design co-owner and designer Greg Vlosich. “Cleveland is loyal, passionate and likes to have a good time.” $55, various locations, gvartwork.com 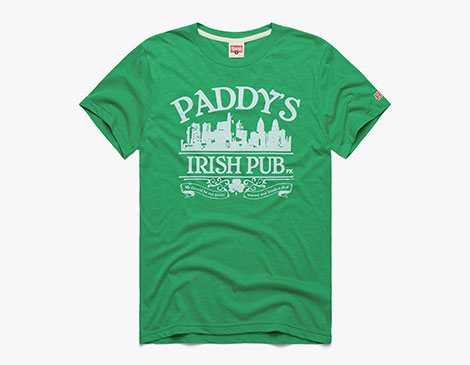 Homage’s Paddy’s Irish Pub Shirt
Show your affinity for the upcoming Irish holiday, It’s Always Sunny in Philadelphia or both with this classically designed tee from Homage.  “(This shirt) isn’t one that you’re just going to wear for the holiday,” says Bryan Olejko, the general manager of Homage’s Cleveland locations. “If you’re a fan of It’s Always Sunny, you can wear it year-round.” $32, 330 Park Ave, STE 154, Orange, 440-588-8008, 235 Main St., Westlake, 440-925-4178, homage.com
Share this story:

Three Ways To Get The Perfect Summer Nails