For some Clevelanders, getting dressed up on Halloween just isn't enough. These haunters, which we explored in today's profile of the Cleveland Haunt Club, turn their yards into full-blown haunted experiences — works of art really. "Did you ever see a work of art and just want to step into it?" says Paul Tylicki Jr., the owner of Royal Scare, a DIY haunted house in North Royalton. "That's how I feel about my yard." Tylicki says it's far from a one-man job, at least not these days. It takes (and permission) of his neighbors, friends and family to create such an incredible experience, put on such a show and constantly one-up himself. "I remember 20 years ago when I could flip a switch and my Haunt was ready for display," he says. "Now it takes so many people to make this work." Here are a few of the more than 120 Northeast Ohio haunted houses, yard displays and walk throughs that you can explore this weekend.

AAACK On Ackley Road
For a light fright fit for the kids, head to this lit Parma display where orange-and-green string lights perfectly accentuate the bod (or lack thereof) of the skeleton on the door. Don't worry, they get much spookier the further into Parma you go. 6407 Ackley Road, Parma 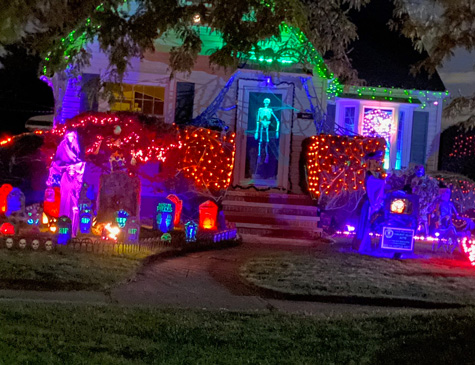 Burial At Baker's Glen
This Stow display honors the fallen — just before they rise. Homeowner Marisa Cutright has collected more than 75 handmade headstones over the past 25 years of decorating and even kindly invaded her neighbor's yard. They sayings on each one are scary funny. 1941 Baker Lane, Stow 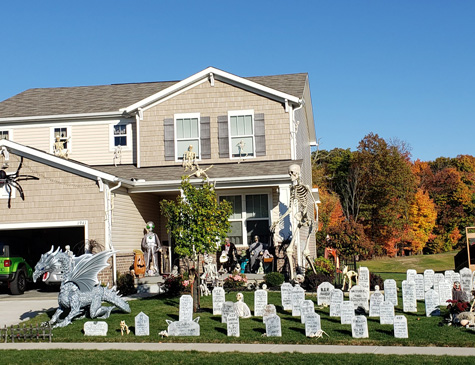 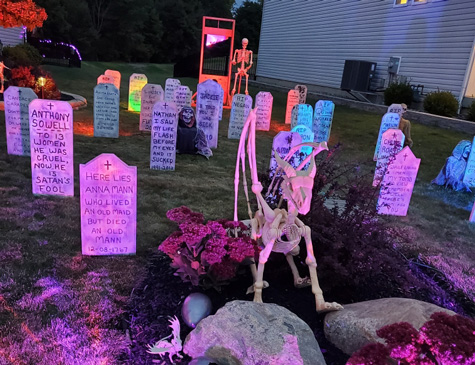 A Crooked CarnEvil
This walkthrough display, which is open Friday and Saturday, is every irrational fear about clowns and circuses come to life. 5875 Main Ave., North Ridgeville 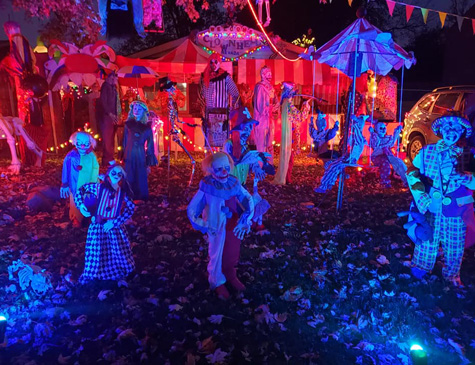 The Dubious Douglas Manor
Stroll through this haunted manor at your own risk, and you'll stumble upon webbed hallways, spooky surgeries and much more. 3418 Lincoln Ave., Parma 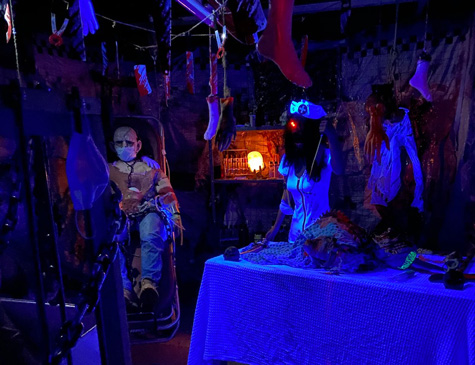 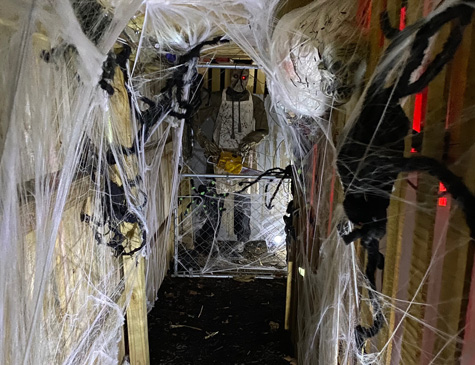 The Fright On Fruitland
A light, illuminated fog at this spooky cemetery sets the mood for a subtle scare we can handle... we think. 4008 Fruitland Drive, Parma 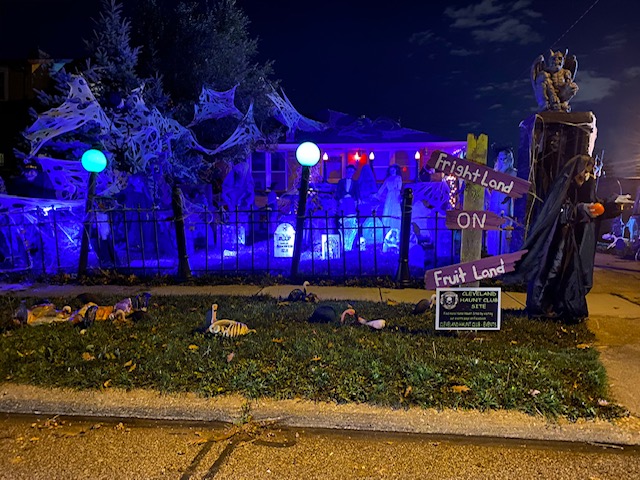 A Funeral In Parma
We're paying our respects with a quick stop at this haunted funeral where we're almost certain the mortician is up to something and the man of the hour might rise at any moment. Parma 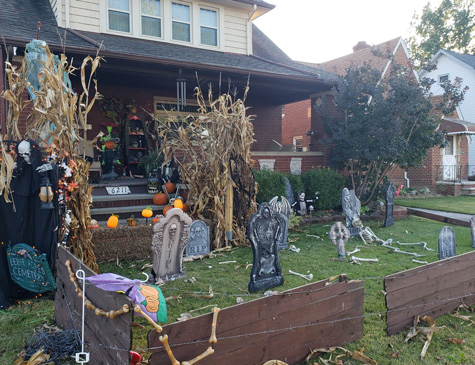 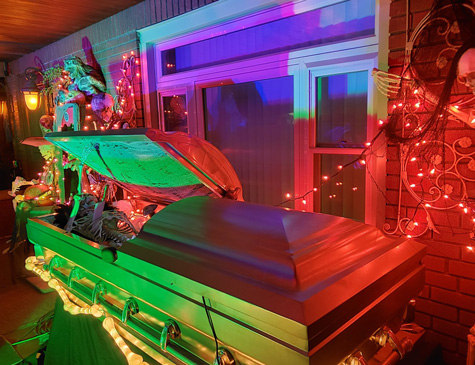 Eracknaphobia On Giel Avenue
If you have a fear of spiders, steer clear of this Lakewood house covered with webs and a gigantic family of light-up spiders. 1324 Giel Ave., Lakewood 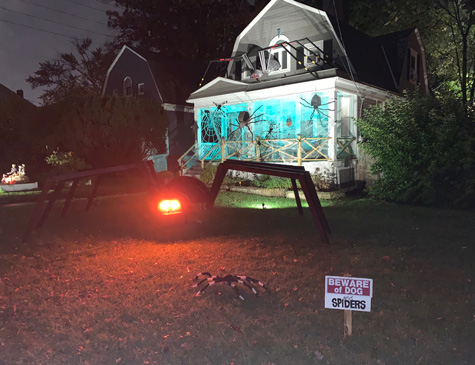 Royally Scared At Royal Scare
Inspired by his Halloween-loving father, Paul Tylicki Jr. created one of the top-rated haunted houses in Northeast Ohio. After 20 years of haunting, the master of DIY spook is hanging up his skeleton after 2020, but he went all out for one final display. Pay your respects in screams. 12043 Padua Drive, North Royalton 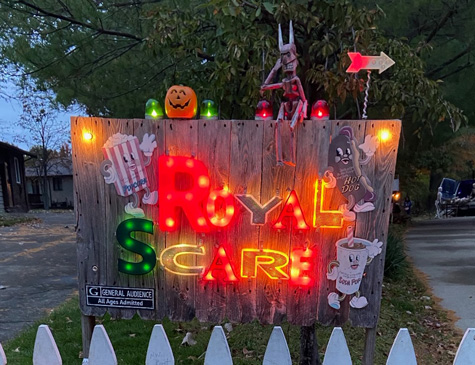 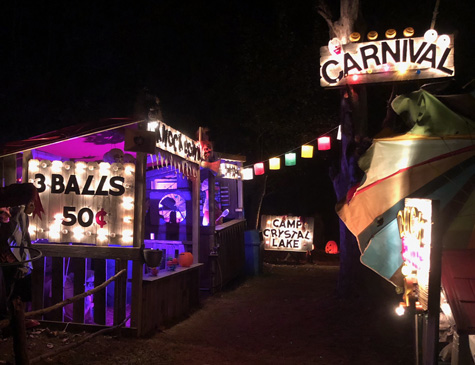 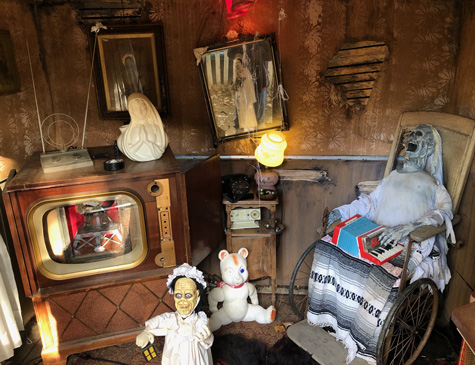 Terror At 239 Street
As if zombies weren't enough, a demented DIY demon with an eight-foot wing span is sitting atop this house waiting to strike. 239 Lexington Ave., Elyria 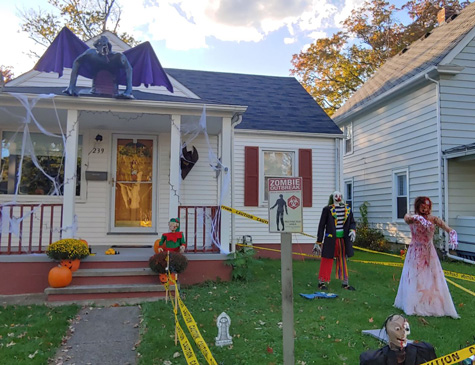 Downtown Cleveland Alliance Winterfest, light displays at Cuyahoga County Fairgrounds, and Black Friday deals at 78th Studios and in Coventry Village get you in the holiday spirit.

The Nov. 28 ceremonial lighting of the Christmas tree in Public Square can be experienced by all this year.

Thanksgiving Guide 2020: What To Eat, Do And Read In Cleveland

The fall holiday, Black Friday and Small Business Saturday might look a little different this year. But this guide proves there's plenty of fun, great bites and local buys to be had in Cleveland.