Mail tells stories. The letters we write, the postcards we send, the bills we pay, the envelopes we put them in and the stamps we affix — they all tell tales about who we are and where we live.

Even in an age of digital media, those stories, printed and sent through the mail, have enduring relevance. Since 1890, the Garfield-Perry Stamp Club has been telling and preserving those stories through philately, the collection and study of stamps. 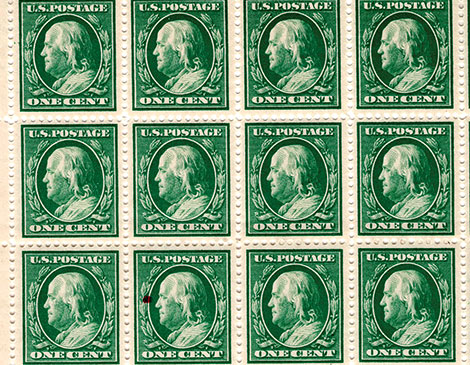 Named for U.S. President James A. Garfield, buried at Lakeview Cemetery, and Oliver Hazard Perry, the “Hero of Lake Erie,” the venerable club has held an annual stamp show since its founding 130 years ago.

“They started inviting one or two millionaires to give the club clout,” says Roger Rhoads, the show’s co-chair. “And it worked. So they celebrated, for the first time, in March [1890]. Over the years, there’s been a number of millionaires [in the club]. But there’s none now. We’re just folks.”

You don’t need to be a millionaire to attend this year’s free “March Party,” March 6-8 at the Holiday Inn Strongsville. The event features a dealer showcase, a beginning philatelist area for adults and youth (with free stamps) and a collection of experts to evaluate collections Antiques Roadshow-style.

The show’s 37 exhibits are also part of the American Philatelic Society’s World Series of Philately, a national series dedicated to showing the finest stamps in the world.

“Are you going to buy a physical book or an electronic book? Are you going to read a magazine or read it online?” says Rhoads. “A lot of people, myself included, want it in their hands.”

From bowling to bouquets, you won't have trouble finding something to do with a loved one or friends here in northeast Ohio. By Abigail Preiszig