Big Dipper
You’ll find this constellation directly overhead in the center of the sky all summer. The middle star in its handle is actually two separate stars: Mizar and Alcor. Nicknamed “the Horse” and “the Rider,” these two stars are roughly 80 light-years from Earth. 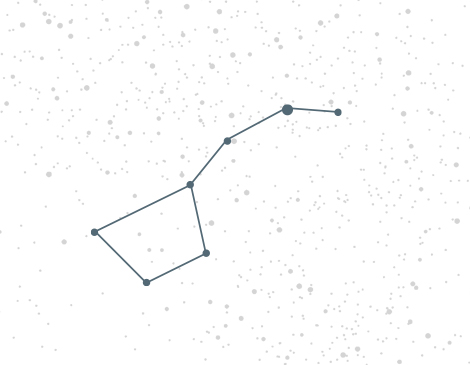 Scorpius
South and close to the horizon, this constellation can be spotted by searching for the red star at its center. It is a supergiant — so large that if you were to put it in the same spot as our sun, it would swallow Earth and reach all the way out to Mars. In fact, the red star’s name “Antares” means ‘anti-Mars’ because it’s so prominent and red that most people think it’s a planet. “It’s one of nature’s great fake-outs,” says Mentrek. 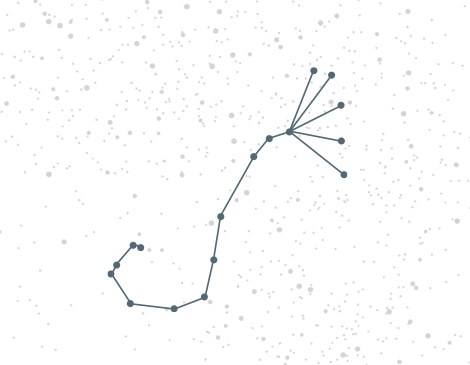 Cygnus
This constellation in the shape of a swan makes up one-third of the Summer Triangle — three brightly lit stars from three separate constellations: Cygnus, Aquila and Lyra. From July through September, you can spot the Milky Way as it runs through the body of this constellation. 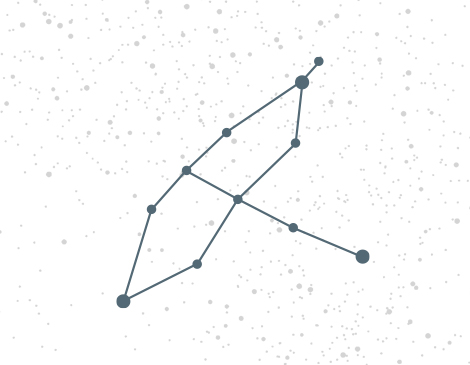 Lyra
Comprising one-third of the Summer Triangle, this constellation is named after the lyre Orpheus used in Greek mythology, which, when played, had the power to charm anything. Vega, the brightest star in this constellation, is also the fifth-brightest star in the night sky and the second-brightest star seen in the Northern Hemisphere. Its star Vega has been used as the baseline by which all stars are measured in astronomy. Jodie Foster made contact with aliens in Vega’s star system in the 1997 film Contact. 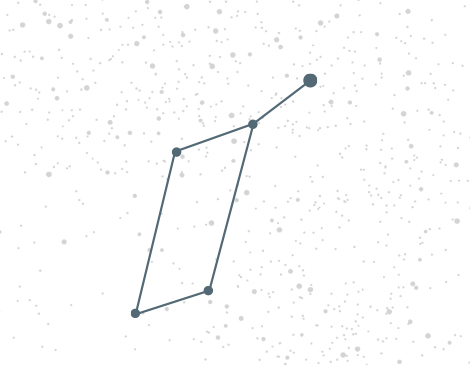 Sagittarius
Made up of roughly 16 stars, this constellation is the next group of stars to the left of Scorpius. Sagittarius points toward the center of the galaxy. “If you take binoculars and point them anywhere in the sky near Sagittarius, it looks like somebody ate glitter and sneezed into your binoculars,” says Mentrek. “There are just so many stars.” 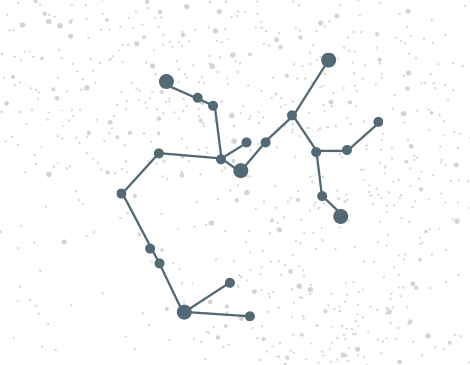 Hercules
Named after the Greek hero, four of this constellation’s stars create a keystone in the center of its body. Inside that keystone, you’ll find Messier 13, a cluster of hundreds of thousands of stars. “It’s on the far side of the galaxy, but through even a telescope or binoculars, it just explodes into this tightly packed globe of stars,” says Mentrek. 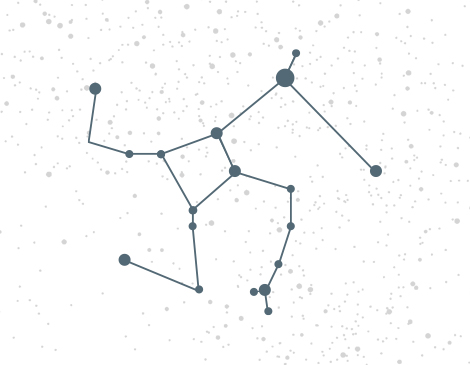