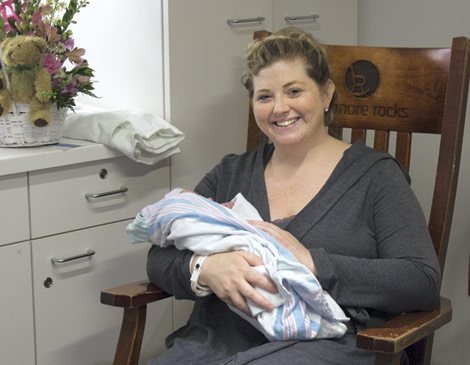 “I had the smoothest pregnancy ever. I had no cravings. I only threw up a few times. Once was the day I found out I was pregnant because I was nervous. My feet hardly got swollen, and there were no issues. I never had to send my husband to go get pickles and ice cream in the middle of the night. Our plan was to have a natural birth. Kennedy was due June 19. She was a little late, so I was induced. She missed sharing a birthday with her dad by about 17 hours. Seeing her for the first time was an overly joyful experience. I didn’t think it was going to happen. I thought there was no way. Then — there she was.” 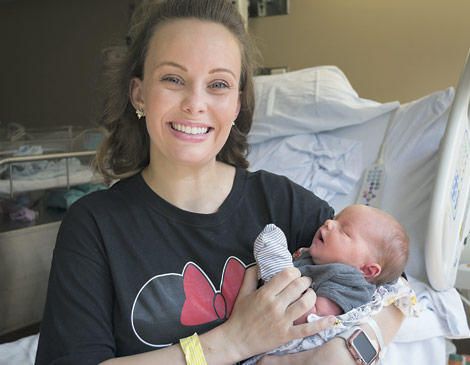 “After 36 hours, he still didn’t want to make his way into the world. He just wouldn’t move, so they decided to do a C-section. It was not what we anticipated for our weekend at all. The medical staff talked me through everything — explained everything as it was going on and were very reassuring and comforting. I got very emotional knowing that he was coming, and they weren’t sure if I was in pain or what so they were constantly asking if I needed anything. But they were all happy tears — so happy that I couldn’t even talk.” 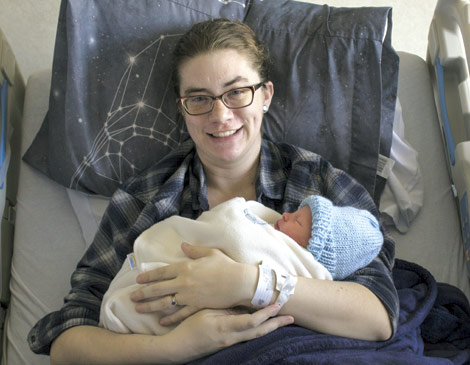 “My mom was on a Disney cruise in the Caribbean when they told me I was going to be induced a few days later. I am a first-time mom and this is her first grandkid, so it was really important for her to be there. My blood pressure was through the roof until she got there. The mom of my best friend, who I’ve known for 29 years, said if my mom couldn’t be there, all I had to do was call her. Seeing Dawson was another huge sigh of relief, along with that feeling that things are about to change. But it was all worth it. My mom was ecstatic. She held off on the crying until the next day.” 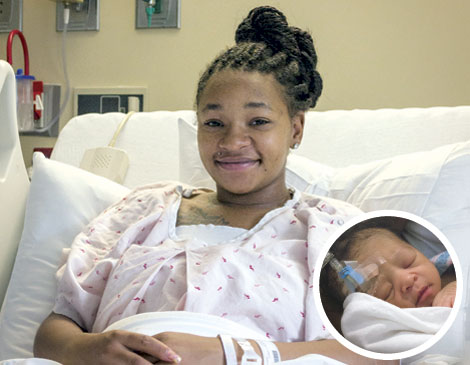 “My baby’s heartbeat was low, so I had to get on my hands and knees so they could monitor it. It got better, but I had to keep doing it. They said if nothing happened, they would take me into an emergency C-section. Next thing I knew, I was in there. It felt like two minutes later I woke up, and there was no more baby inside of me. At first, I felt them pinching my stomach, and I was so scared because I never had surgery or been under anesthesia. She is really small, and that is the scary part. They have to have her down in the NICU. She is healthy and everything, her lungs are fully developed and everything.”

A Guide to Superfoods, Nutrition and Gut Health from Cleveland's Best Doctors

Local experts share their tips for maximizing nutrition at home and on the go. Plus, our guide to the area's best medical professionals.

These three recipes are full of superfoods and offer both great taste and great nutrition.

Cleveland Clinic dietitian Julia Zumpano shares how to find the best superfoods for you.