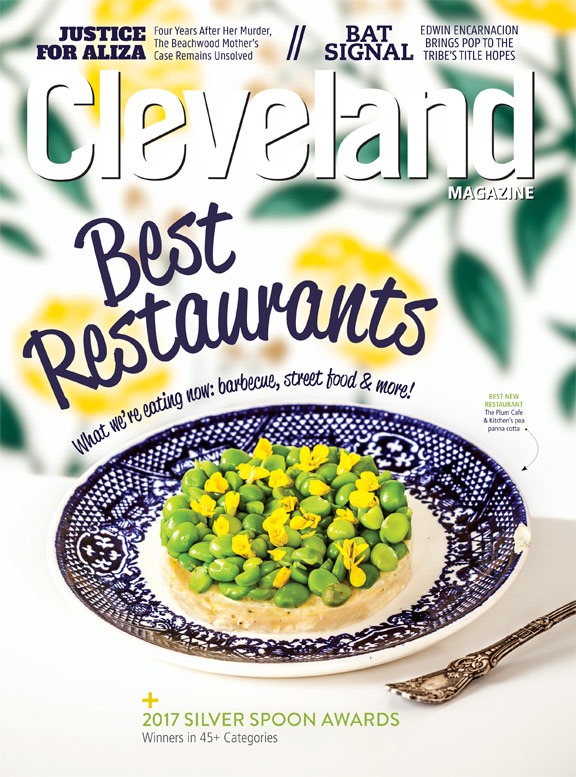 Its laid-back vibes, unusual dishes and a passion for being a true seasonal restaurant, make it our new fave.

5 Golf Course Restaurants to Swing By

Hit the fairways and then one of these spots for a meal.

A Dish We Love: Borscht

Its laid-back vibes, unusual dishes and a passion for being a true seasonal restaurant, make it our new fave.

Three other chefs we think could cut it in the mayor's office.

Celebrate the No. 1 Woman In Your Life

Our guide to making this year's Mother's Day a MOMentous occasion.

The Culinary Vegetable Institute chef educates us on where our food comes from.

Come to the Smith for the executive chef's Sunday suppers and barbecue.

Despite a few setbacks, the dining district is still filled with plenty of places to eat.

Gone Too Soon: An Ode To Arcadian

Remembering our short-lived time at the Gordon Square restaurant.

Chef and co-owner Jill Vedaa uses the fermented mixture to add some funk to the shellfish dish.

Three local chefs tell us what they love cooking with right now.

Three local chefs sound off on our city's casual approach to dining out.

Pancakes, Waffles and More: Scratch Has It All

When all you crave is a home-cooked meal, come here for a forkful of comfort.

Why Old City Libations' pierogi tacos are our latest obsessions.

As selected by Cleveland Magazine readers

Like a rack of ribs patiently slow cooking, Cleveland's barbecue scene has taken a while to get up to temperature.

The Lakewood spot puts their own special rub on smokin' hot style of cooking.

Then and Now: Our Favorite Restaurants

You've been voting for your favorite spots for 35 years.

Local butcher shop share the cuts of meat you won't find at the supermarket.

Local breweries are tapping into menus with elevated eats that pair well with beer.

Local quick-service spots are rapidly popping up to cater to our always-on-the-go lifestyle.

Dive into one of these new restaurants for an ocean's worth of flavor.

Where Have All The Treats Gone?

One big drawback of our casual dining approach is the lack of fancy desserts.

1928: Crowds Gather to Glimpse a Tragedy

While building a railroad bridge over the Cuyahoga River, one workman took a fatal tumble.

To tackle infant mortality, we must look to the neighborhoods hit hardest.

Gear Up For The Rite Aid Cleveland Marathon

We've got the scoop on what to wear and how to stay hydrated.

Turns out they're for more than just tourists and sightseeing.

More Than Just Fruit Snacks: The Story Behind Peaceful Fruits

The Akron-based company employs people with disabilities and imports acai from Amazonian farmers.

After falling just short in Game 7 of the World Series, the Cleveland Indians swung for the fences in the offseason and signed prized free agent Edwin Encarnacion to the largest contract in franchise history. Can the Dominican-born slugger be what it takes to finally bring home the team’s first title since 1948?

The restrictions have put family visits, graduation festivities and more into question.

Protesting Is As Important As Ever

Just ask Alan Canfora, who was shot in the wrist at Kent State University May 4, 1970.

A few laps in the pool provides a wave of insights.

With our dining scene's more comfortable appeal, the candlelights seem to be flickering on fine dining.

The Cleveland city councilman pulls double duty as an elected official and captain in the Ohio Army National Guard.

You can't give them a job, so give them some swag.

We Run This City

The Cleveland Marathon hits a milestone May 21 as we hit the pavement with someone running in it.

'What Happened to My Mother?'

In 2013, Aliza Sherman was murdered downtown in broad daylight before a meeting with her divorce lawyer. Four years later, the case remains unsolved, but her family and friends continue to search for answers and seek justice for their loss.

A 19th-century Opera Comes Alive with a Dreamlike Glass Box

The Cleveland Orchestra performs a memorizing production of Pelleas and Melisande.

A Storm Forces Women to Confront Their Past in Play

George Brant's Salvage raises the stakes for women trying to save their memories in Akron show.

The former NFL star is jazzed to reprise his Broadway role of Billy Flynn.

More Than Just Fruit Snacks: The Story Behind Peaceful Fruits

The Akron-based company employs people with disabilities and imports acai from Amazonian farmers.

What We're Listening to This Month

From big Cleveland soul to haunting vibes, here are a few new releases we have on repeat.

Give Yourself a Little Buff and Polish

Intergenerational relationships could be the ticket to happiness, better health and successful aging.