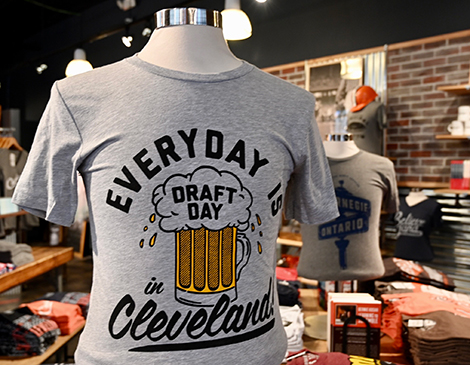 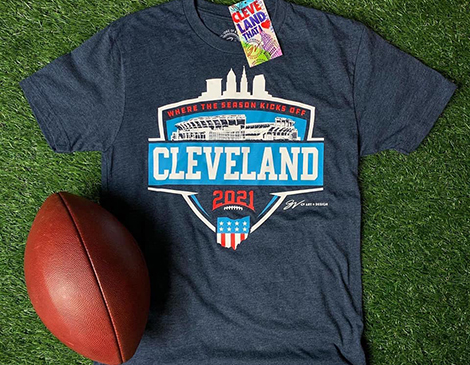 GV Art & Design's Cleveland Selection T-shirt
If it exists, chances are there’s a GV T-shirt about it. This year’s draft is no exception, as the team at GV has once again put together a 60%-cotton, 40%-polyester masterpiece. With a bold-faced Cleveland housed below a drawing of FirstEnergy Stadium and a sketch of Cleveland’s skyline, this shirt will let everyone know you’re all in on Cleveland, no matter who the Browns pick. $30, various locations, gvartwork.com 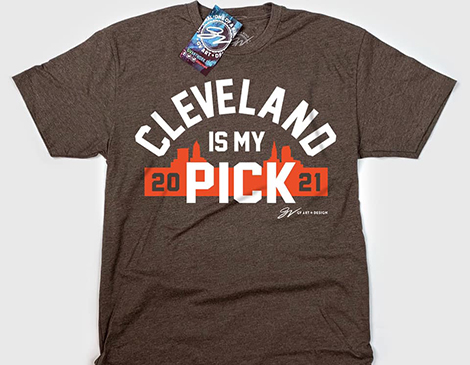 GV Art & Design's Cleveland Is My Pick
What better pick than Cleveland itself? With this shirt from GV, you’ll be able to show off why the city of Cleveland will forever be your first round pick. $28, various locations, gvartwork.com 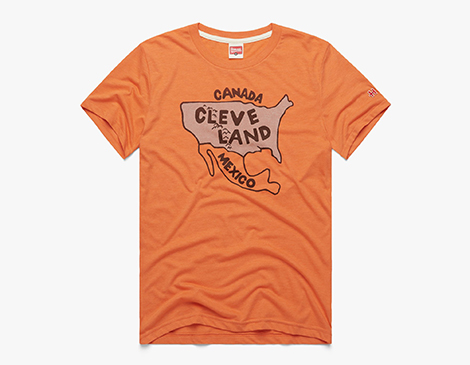 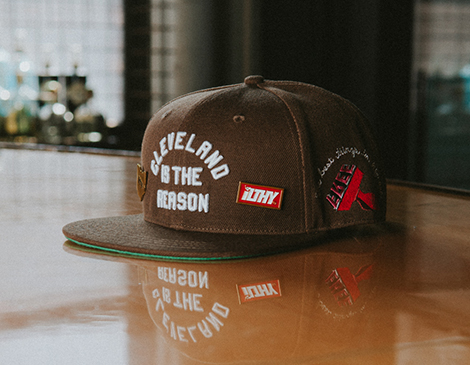 New Era's Orange Cleveland Browns 2021 NFL Draft Hook T-shirt
New Era’s official Browns draft shirt is perfect for someone who wants to subtly show their love for the Browns (well, as subtle as you can get with an orange shirt). If this shirt was a pick, it’d be an offensive lineman. Maybe not the flashiest selection, but it’ll keep you happy for years to come. $31.99, Browns Pro Shop, 100 Alfred Lerner Way, 440-824-3427, shop.clevelandbrowns.com

New Era's 2021 NFL Draft On-Stage 59FIFTY Fitted Hat
Want to live out your dream of getting selected in the NFL Draft without ever shaking Roger Goodell’s hand? Then this hat is perfect for you. The official hat (available in fitted or flex) of the draft itself, wearing this will make you ready to sign your rookie contract. $33.99-$39.99, Browns Pro Shop, 100 Alfred Lerner Way, 440-824-3427, shop.clevelandbrowns.com 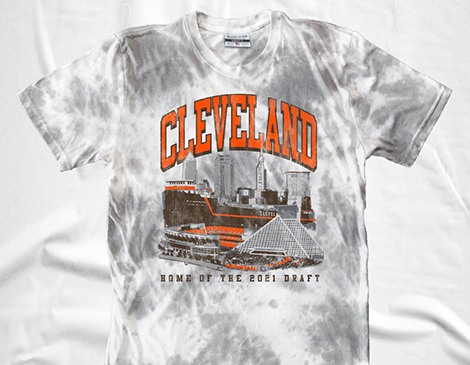 WhereImFrom's Cleveland Draft Tie Dye
WhereImFrom’s new draft shirt was almost built for Instagram. From the subtle black and gray tie-dye to the brown-and-orange drawing of FirstEnergy Stadium and the Rock and Roll Hall of Fame, this shirt will help you fit in no matter where you’re watching the draft. $33.95, various locations, whereimfrom.com 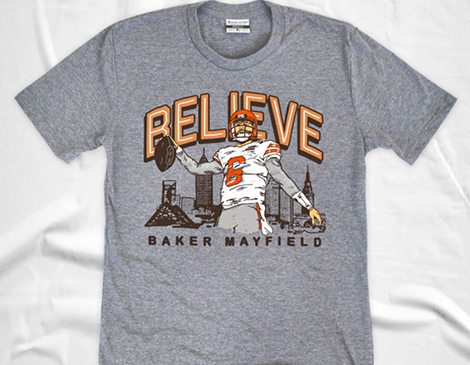 WhereImFrom's Believe Baker Mayfield shirt
It wasn’t that long ago that the Browns were picking first in the draft. While that’s not the case this year — picking 26th has never felt so good — this shirt is the perfect time capsule to a time when the draft brought the Browns their savior. $24, various locations, whereimfrom.com

Click here to read our full guide to the 2021 NFL Draft in Cleveland.

5 Clevelanders Competing In The Tokyo Olympics And Paralympics

We talked to five elite athletes hailing from Northeast Ohio about their journeys from high school and college athletes to Team USA Olympic stardom.

With 102 Games Left This Season, Will Cleveland Make The MLB Postseason?

After 60 games, we break down the team's roster, its strengths and weaknesses.