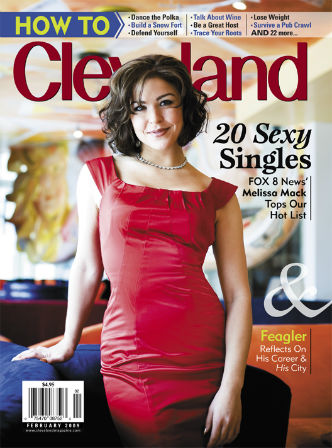 Perfect with meatloaf, they’re just as good the next day.

The untimely death of Robert Railsford is still a mystery.

Christmas Under the Stars

Dick Feagler recalls his most memorable Christmas while working guard duty at an Army base in New Mexico.

A potential change in local government office brings feelings of dread and doubt in our city's future.

Why heading back downtown may not be exactly like a John Denver song, but is still just as good.

Dick Feagler analyzes the success of the American book cover, beginning with Ruth Harris' The Rich and the Beautiful.

Looking back on the end of an era.

Electronic Nightmare: Can the Computer Ruin You?

How easy access may not be such a good thing.

Hate with the Proper Strangers

There is an in-between on the way from love to hate, and it's not the worst place to be.

Opening Above the Palace

It's Dick Feagler. He may be a little slicker, but he's still the same guy you love (or love to hate).

Legendary columnist Dick Feagler spent 1979 chronicling the city for Cleveland Magazine. Here's what we learned: His lessons are as poignant today as when he wrote them.

For 25 years, John Kapelka has interpreted the life of our nation’s 16th president. This month brings a special milestone — the bicentennial of Abraham Lincoln’s birth.

Alex Nemet, of Westlake, has climbed Mount Rainier and Mount Kilimanjaro. He’s run ridiculous distances before. But the father of two and owner of Northeast Factory Direct knew the Badwater Ultramarathon, self-

Forty years after covering the Vietnam War for The Plain Dealer, the writer returns to Saigon, and memories of Clevelanders at war resurface — the shooter from Independence, the reluctant reservists from Garfield Heights, the Euclid biker

For 38 years, he’s been Cleveland’s voice, its greatest storyteller and its common-sense conscience. Now, as he retires, Dick Feagler looks back on his writing life and the history he witnessed.

The Trouble With Happy News

Or what happened to my last 100-year-old woman story.

What's in a Name?

CleveTrust drops Cleveland from its name, and the city bats an eye.

Soon after Channel 3 named Romona Robinson the lone anchor of its weeknight newscasts, we talked to the beloved broadcaster about what the move means for her, the station’s viewers and the future of the city’s TV news landscape.

For Love or Monet

Parlez-vous romance? Set the mood in your backyard with French-inspired landscape features.

This month, escape these winter days and discover ...

Hunkering down at home? Add these home improvements for a luxurious stay-cation.

You can dig it! Seven steps for a pond.

Monet in the making

Draw landscapes like a master - or at least try.

A local artist lights up the small screen with delightful images fit for any surface — from walls to wallets.

It’s a whole new ballgame as the Indians return to Arizona for the first time in more than 15 years. A lot has changed since the last time around the park. We’ll get you ready for autographs, ballpark food and where to spend your time outsi