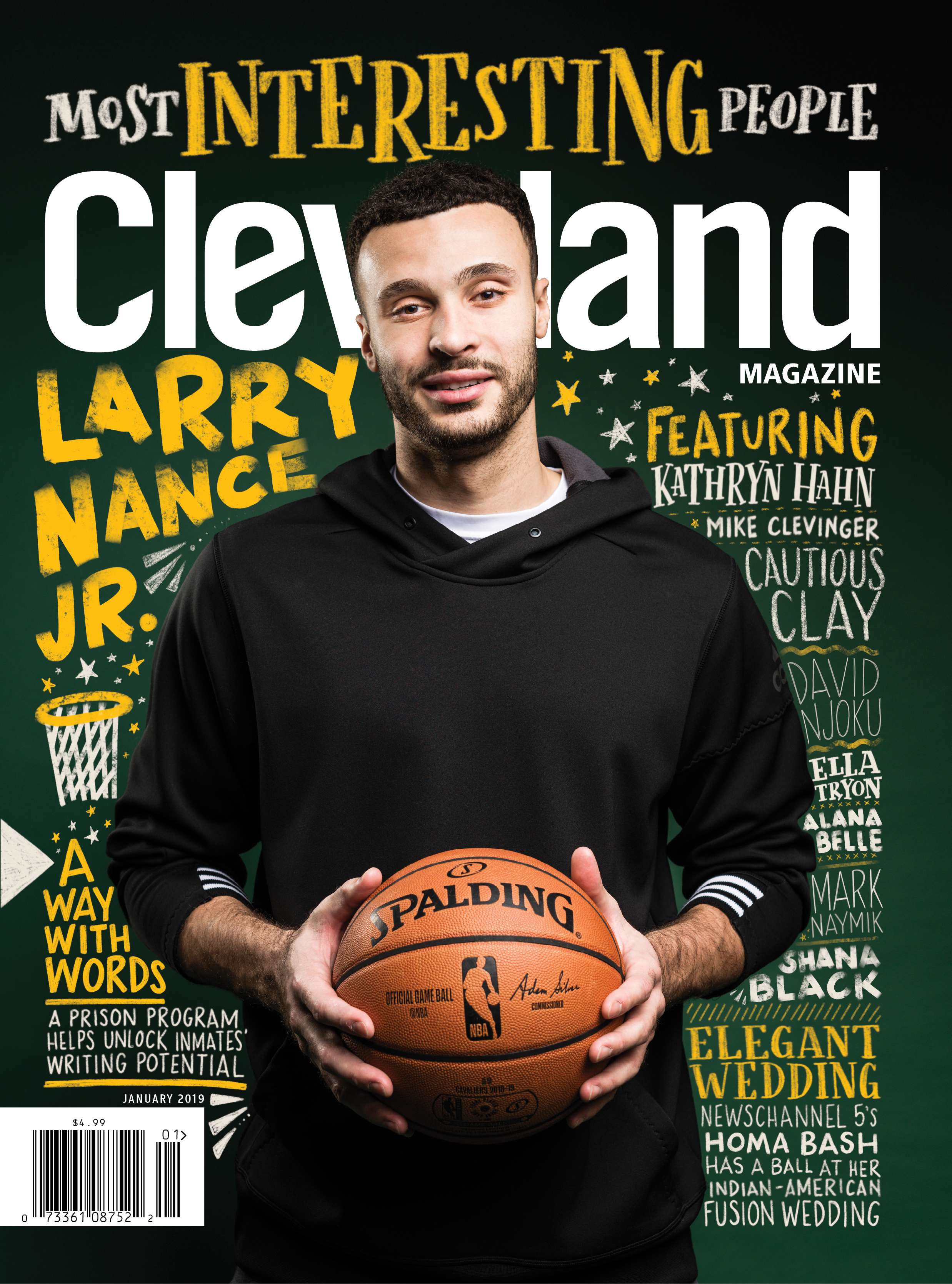 Get your sip fix at local spots such as 5 Points Coffee and Tea, Goodkind Coffee and Tame Rabbit Specialty Coffee & Roaster.

Barrio Vs. Condado: Tale Of The Tacos

In the wake of lawsuits and disagreements, we found three major things that set the two taco spots apart.

While we're fans of a few of their balls, we still miss Cork and Cleaver.

Set And Forget These Slow-Cooker Recipes

From breakfast to happy hour, the CrockPot and Instant Pot is your go-to winter cooking tool.

By focusing on small plates, Anthony Scolaro's Trio tries to score big with the Tremont crowd.

The 4G device can be lent to anyone over 18-years-old with a library card.

Let our 2019 Most Interesting People inspire you to be your best self this year.

The piano-playing legal wiz from Cleveland is the first African-American justice to be elected to Ohio's Supreme Court.

Lessons Of Hope From A Islamic Prayer

With the launch of her inspiring Lionheart Lamb clothing line of dresses and tees, WKYC's Maureen Kyle hopes to empower kids to be kind, friendly and brave.

The 27-year-old community organizer has worked toward improving reproductive justice and racial equity with groups such as New Voices Cleveland and PreTerm Cleveland.

The co-owner of Making A Difference Consulting has helped more than 10,000 Cleveland-area students and families.

Nothing is stopping this restaurateur who opened Lox, Stock and Brisket and the Rice Shop within a year of his return to Cleveland.

The R&B crooner is breaking big, with tracks featured on NPR, HBO and Pitchfork and hopefully, your playlist.

The spoken word poet and artist strives to improve the East Side neighborhood that raised him.

The 37-year-old begins her new venture as chief curator at the Museum of Contemporary Art Jan. 15.

With three fingers on his right hand and one on his left, this 18-year-old pianist is a musical phenom.

The 22-year-old tight end for the Cleveland Browns uses meditation to visualize his playmaking ability.

Learn how this Cleveland sports die-hard turned his fandom into a miniature stadium-building career.

This 9-year-old philanthropist behind Help Me Color A Rainbow is making hospitals across the country more colorful.

As one of Cleveland's original urban farms, Hooper's Farm in Tremont is still budding strong.

Kreuz travels across Ohio with Love Doesn't Shove to empower teens and college youth to recognize abusive behavior and reach out for help.

Get an up-close look at how the veteran journalist is shaking up the news cycle in Cleveland.

After experience in the military, as a public defender and more, he assumes the role of Cleveland State University's new president this year.

The bioethicist works with leading researchers to weigh the implications of their work in stem cell research and more.

This Cleveland Heights native and chameleonic actress uses her platform to fight for the rights of women.

The 26-year-old Cleveland Cavaliers forward is making a name for himself with a four-year contract extension.

The 52-year-old Cleveland.com columnist carries quite the reputation in unearthing our city's undercover stories.

Kingsbury's second The Grocery location triples the size of her original spot with more than 70 different products.

This 12-year-old entrepreneur took the worst of a situation and turned it into a prosperous landscaping venture.

This Westlake resident and 2018 winner of the Rite Aid Cleveland Marathon is making a run for the Olympics in 2020.

The Black Girl In The Cle creator has built a collective that showcases our city to African-American women.

As the 10th director in the Cleveland Museum of Natural History's 98 years, the former dean looks towards the University Circle's future.

The activist outfits African-American youth with trauma kits to respond to gunshot, knife and bomb wounds.

Most Interesting People 2019: Will Sanchez

The 46-year-old artist bought the former space that he once tried to rob and turned it into La Cosecha Galeria.

We asked what it took for Jeannie Rice and The Troll Museum to get in the Guinness Book of World Records.

Opinion: Local Politicians Should Step Up And Lead

When it comes to economic development, elected officeholders are too willing to cede leadership to the business community.

The Jan. 19 Cleveland Women's March hopes to attract a crowd that represents the city.

This Sensor Could Reduce Waterborne Illnesses

Launched by Case Western Reserve University students, the Billion Bottle Project has been awarded more than $115,000 in grants.

Prep your popcorn for our most-anticipated movies and TV shows of 2019 — starring, directed or produced by Northeast Ohio natives.

We talk to one of the highest paid comedians in the world ahead of his Jan. 26 Playhouse Square show.

Inside Cleveland Play House's An Iliad

The 100-minute production is a minimalist take on Homer's masterpiece that features just two performers.

Kent Was A Small Town With Big Music

Out this month, Jason Prufer's book Small Town, Big Music: The Outsized Influence of Kent, Ohio, on the History of Rock and Roll features concert reviews and oral history.

Downtown's new concert venue is created by musicians for musicians.

4 Ways To Design Your Home for Wellness

Designer and artist Susie Frazier reveals tips from her new book for a soothing natural environment at home.

Make your year tidier with tips for decluttering, organizing and storage.

This clothing boutique for children and teens came to the Van Aken District in September.

From Honest Abe socks to a canoe ride, Sara Luehring and Tim Kelly's wedding was truly their own.

Pick The Right Flowers For Your Seasonal Wedding

The owner of Lush and Lovely Floristry gives us tips for summer, spring, fall and winter wedding blossoms.

We talked to the owner behind the egg-based skin care line about creating her products, her inspiration and more.

Taylor Hoffman and Luke Gould tap into their cultures in this gorgeous occasion.

Make sure your date tees off in the right direction with this boozy new minigolf course.

From a potentially life-saving surgery to a comforting face in recovery, these healthy heroes share how they overcame their medical obstacles.

Experts from the Cleveland Clinic and StephanieMarieFit show us how to spot and beat wintertime sadness.