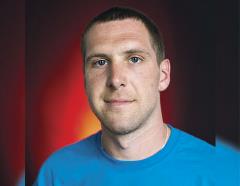 What he thought was just an innocent teenage habit of smoking pot and drinking alcohol turned into a problem. Once in college, Bolt partied too much. His grades slipped and he dropped out. After hurting his back, Bolt started mixing his pain medications with marijuana and alcohol. It soon became an addiction he couldn’t quit and spiraled into a heroin habit at age 23. Life continued to come at him fast. Bolt started a new relationship and got engaged. They had a daughter in 2011. But the power of addiction ruled their lives. “There was a point where I wanted to die,” he says. “All of that shame and guilt gets to you.”

Bound and Broken: For five years, Bolt went in and out of treatment but couldn’t find the motivation to quit for himself. His fiancee left with his daughter. He lost his condo and his truck. He was constantly in and out of jail — even overdosing twice on Interstate 90 in 2016. “I lost everything,” Bolt says. “It got to the point of total surrender. I just said, ‘I can’t do this anymore.’ ”

True Freedom: Bolt had nothing left to lose, so his mom helped him check into a two-month program with True Freedom Ministries in North Carolina. “It’s not AA, it’s not a rehab, it’s a transformation center,” says Bolt. “I went in there so broke, so beaten down, so hopeless and I literally came home a man of God.”

Full Circle: Bolt now helps others like him through the same program in Cleveland by conducting outreach, joining support groups and connecting people with addiction to treatment resources. Every Thursday, he shares his story with those struggling with addiction and helps them overcome their obstacles. “In the past, that’s what really helped me the most,” Bolt says. “By helping others, you are helping yourself. You are becoming a better person.”

A mother’s love: Through the entirety of his addiction, Bolt says his mom never gave up on him. She even took temporary custody of his daughter when times were tough and let Bolt move in with her and his father when he lost his home. “She’s been my rock through everything,” he says. “She showed me that tough love when I needed it, but she’s my mom. She never gave up on me no matter what.” 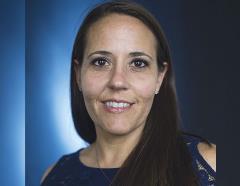 She was your typical mom — picking up her son from wrestling practice, attending his plays and working the concession stand at his baseball games. After a colon resection surgery, she became addicted to Percocet. But pills were expensive and hard to come by. Then she met someone with heroin. “Never in a million years had I thought about sticking a needle in my arm,” she says. “But I couldn’t deal with the sickness. I had to take my son to school. I had a job.”

Bad Decisions: In 2013, she was pulled over for a traffic violation. When a police officer searched her car, he found a spoon and a needle. While in jail, officers found that Dellinger had opened a credit card in her grandmother’s name. “I ended up with six felonies,” she says. “Going to prison for three years saved my life, but it was a horrible thing.”

Road to Recovery: Dellinger detoxed in jail — cold turkey. “It took a full three years,” she says. “There’s been probably about 12 women that I was in with who have OD’d since I’ve been out. Not that I would want anybody going to prison, but to save them, send them.”

Family Matters: Her relationship with her family remains strained. While she was in prison, her son moved in with her ex-husband and his wife, and refused to speak to Dellinger for a year. Dellinger is working to restore the bond between mother and child. “It definitely affects the kids,” she says. “I still met all his basic needs as far as monetary things that he needed for school, but I was emotionally not there. I got up. I took him to school. I did the basics that I had to do to survive, but I wasn’t the mom. I was gone.”

Keeping the Faith: Her faith has been a key to her recovery. In her halfway house, she met her current husband and became a part of True Freedom Ministries’ program, where she does weekly Bible studies and prayer groups with her church family. “If I even think I’m going to stumble or I’m going to be tempted, my husband and I do a Bible study,” she says. “I just rely on that and I’ve never had the temptation to fall back.” 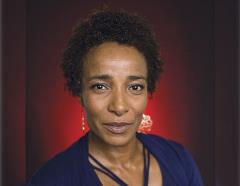 Valentine’s path to heroin addiction is complicated. At 19, she started working as a stripper to save money for college but never got her degree. She met a guy and had three kids. Eventually she broke it off to rekindle a relationship with a man who used drugs and had just gotten out of prison. She started mixing alcohol, cocaine and ecstasy. In 2013, her boyfriend had developed a heroin addiction, so she tried it herself. “I know it sounds crazy, but I thought to myself, Well, maybe if he sees me doing it, he’ll stop,” she says. “I was in so much emotional pain because of the lifestyle I had been living.”

Searching For Help: After a DUI arrest in 2013, Valentine was placed in an intensive outpatient program at Oriana House in Cleveland. It was the first of many programs she tried unsuccessfully. “I still didn’t really understand my disease. I didn’t understand how to control it,” she says. “I didn’t know how to really ask for help.”

On Her Own: Valentine tried to detox by herself several times. “I actually got addicted to the process,” she says. “I had actually stopped using, but I would shoot up water just because I had gotten addicted to seeing the blood rush in and all of that.”

Finding Hope: In 2015, one of Valentine’s friends told her about Dr. Elaine Richardson, who was addicted, found her recovery in education at the Ohio State University and wrote PHD to Ph.D.: How Education Saved My Life. Valentine felt hopeful. “[My friend] believed in me and told me I could do this,” she says. “She was there for me, and I literally broke down in her arms.”

In Treatment: She entered detox at Stella Maris in September 2015 and the Monarch House, a sober house in Cleveland, a month later. “Being in the sober house and watching people make mistakes and continuously talking to my sponsor and the examples that I had of women who were actually recovering gave me hope.”

Staying Clean: Valentine continues to live at Monarch House and has been sober for about two years. “I prayed a lot,” she says. “My addiction took me so far away from my values and my morals that my bottom took me to God. I feel like your rock bottom should take you to God.”

The Opioid Crisis: What to Know Now

Cuyahoga County Medical Examiner Dr. Thomas Gilson talks about the fight against opioids, the benefits of Narcan and what might be next.

Our Epidemic: Finding A Voice

After losing her daughter to an overdose, Sheryl Hirsh has become an advocate for those we've lost.

Our Epidemic: The Conversation Starters

Four leaders discuss how to combat the opioid crisis in Northeast Ohio.